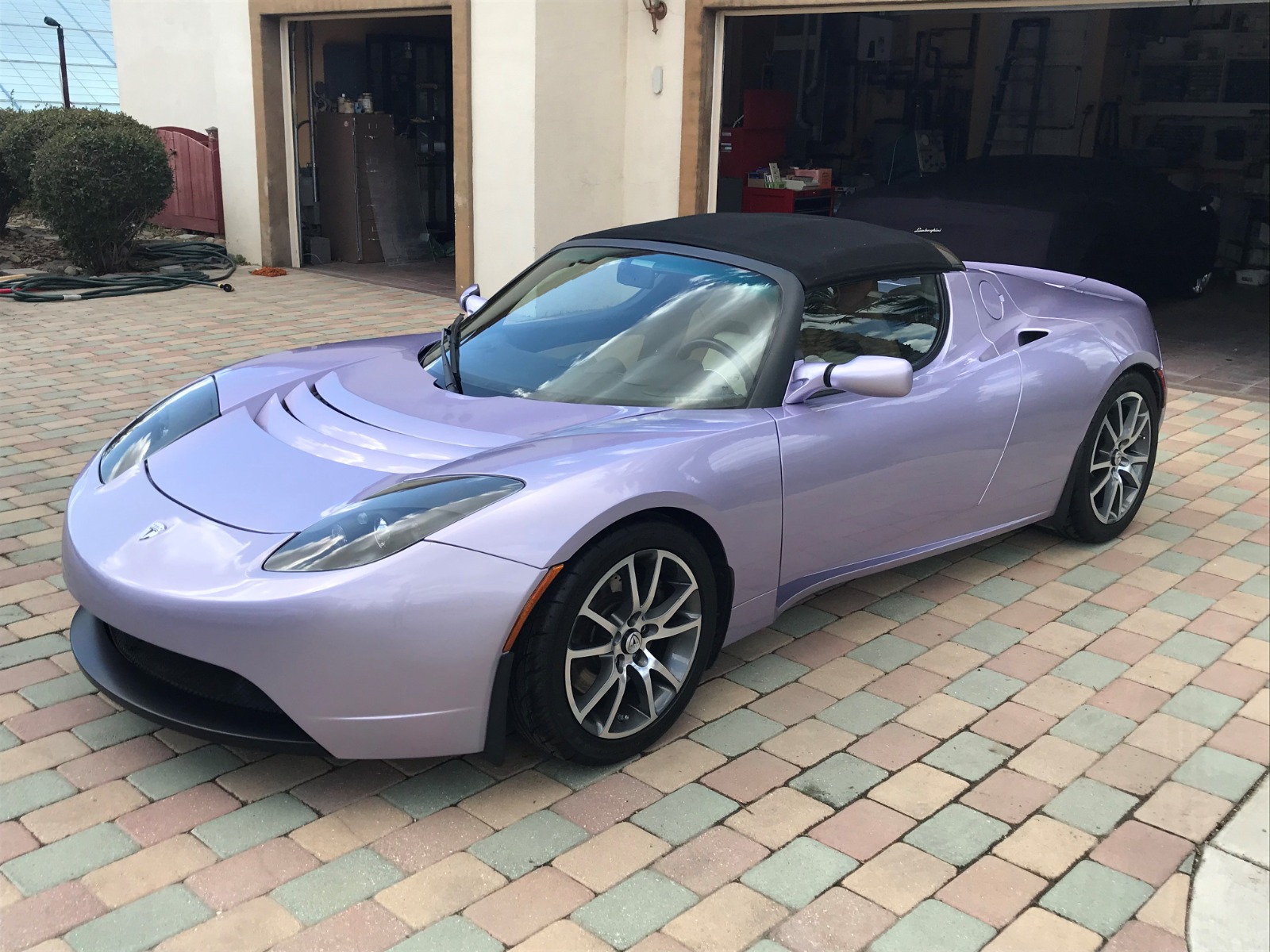 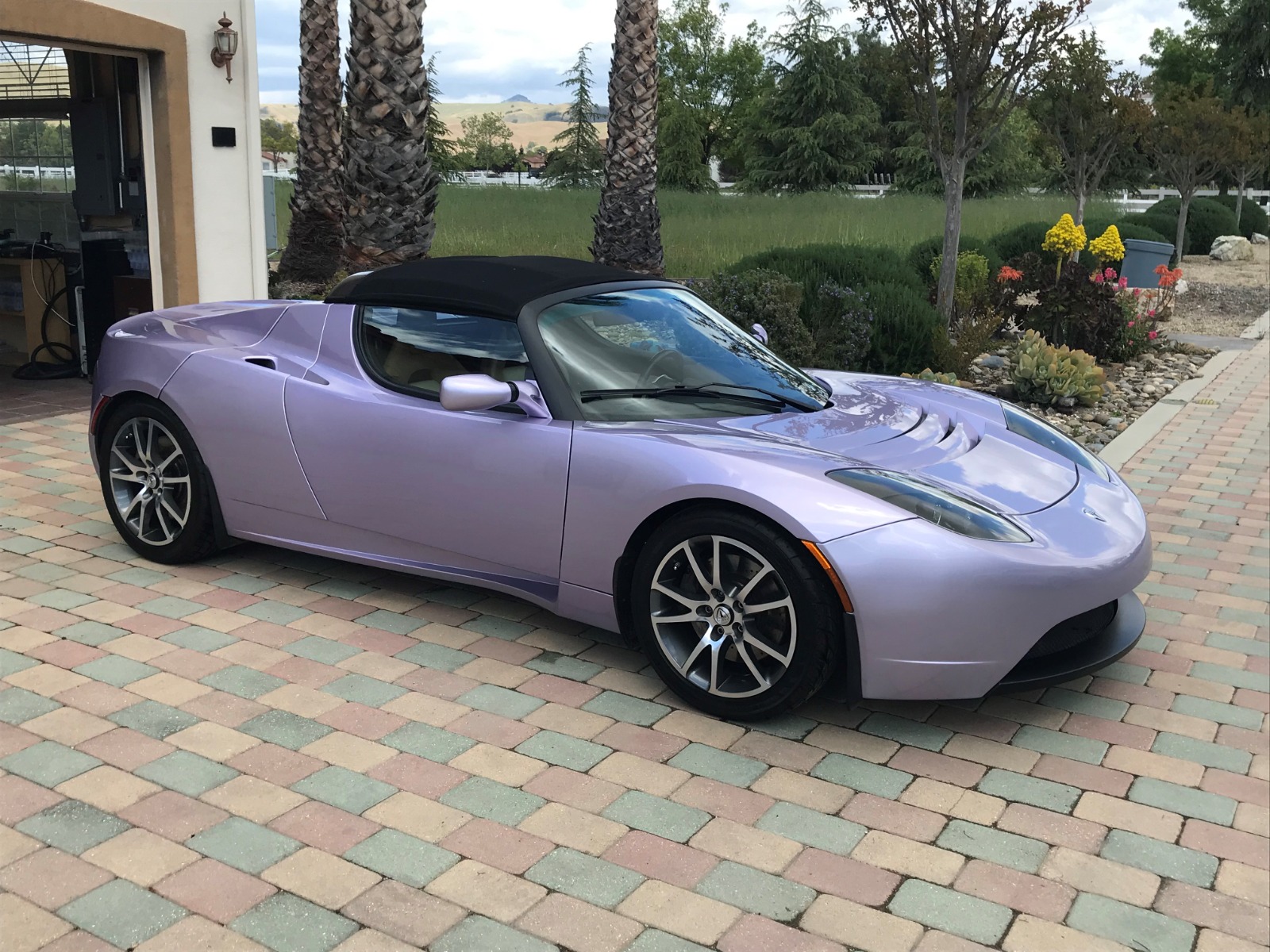 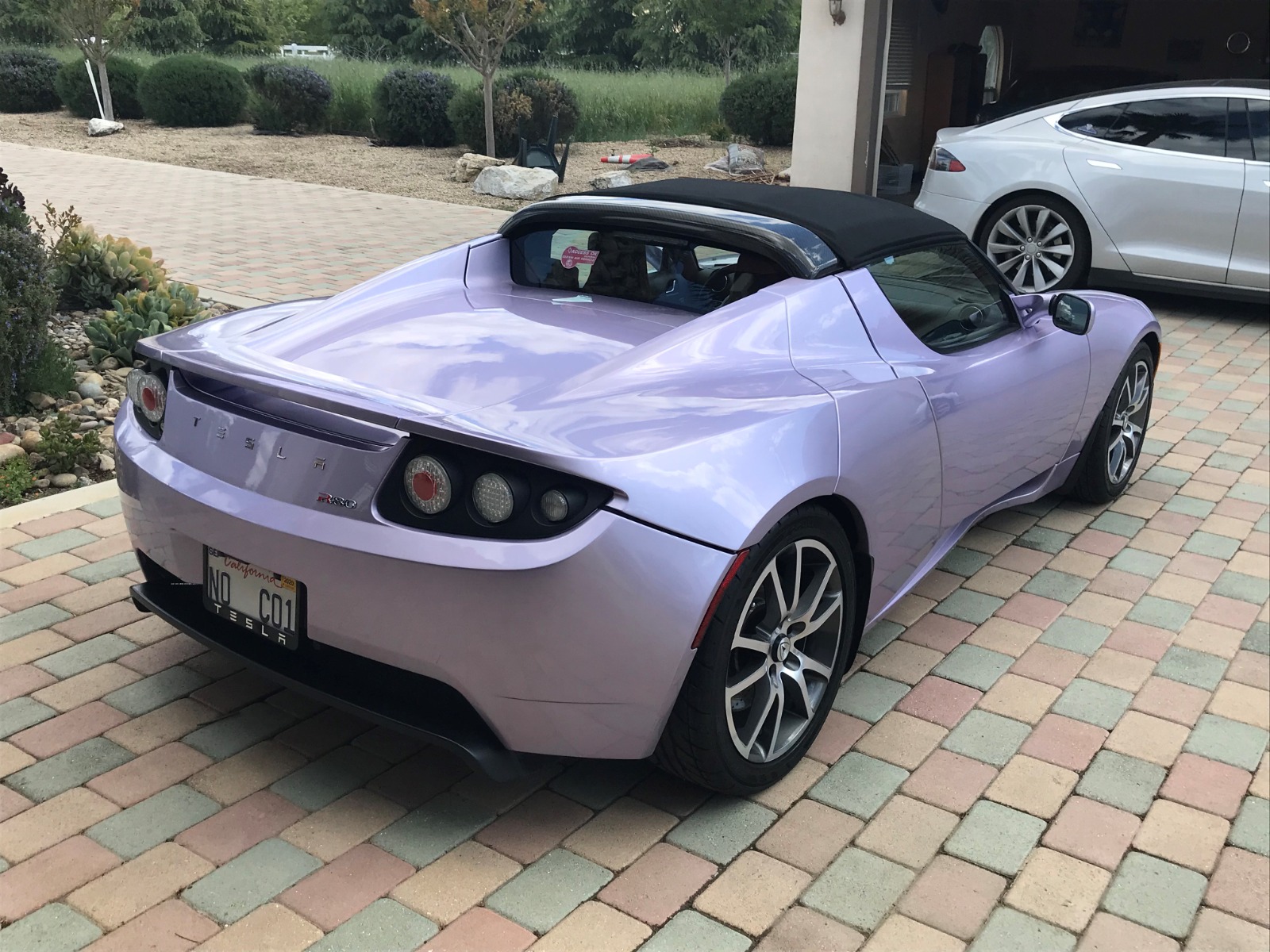 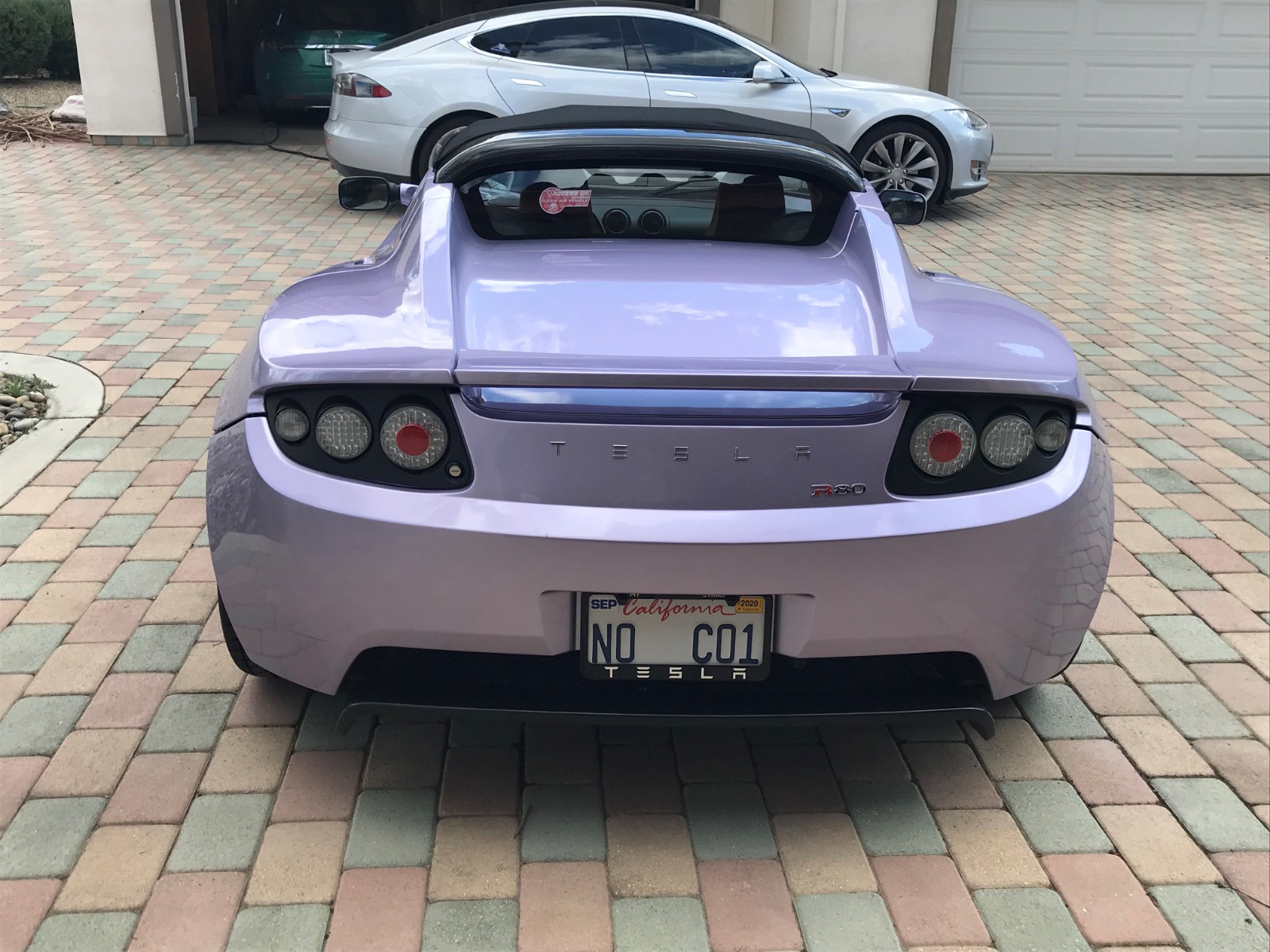 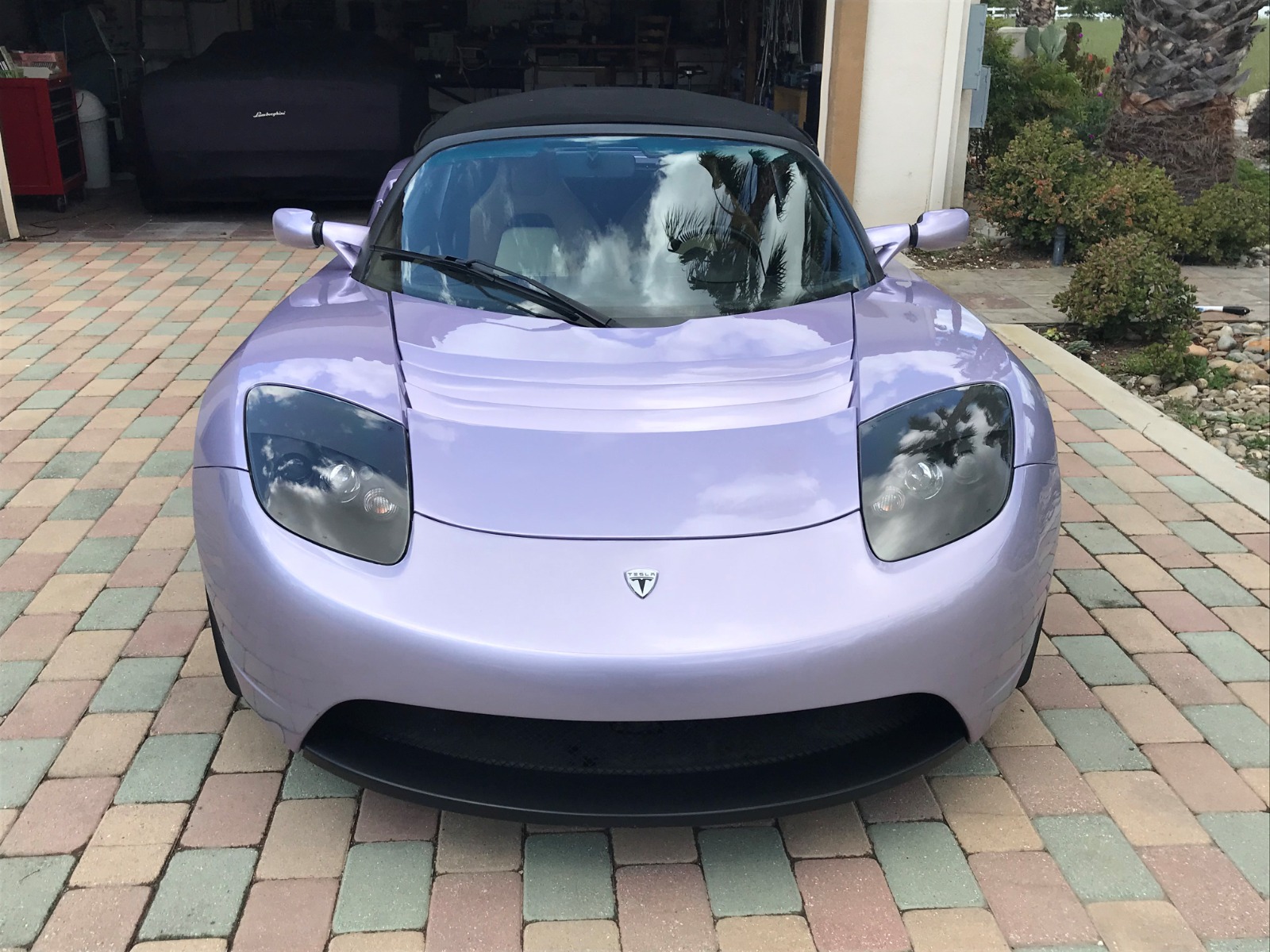 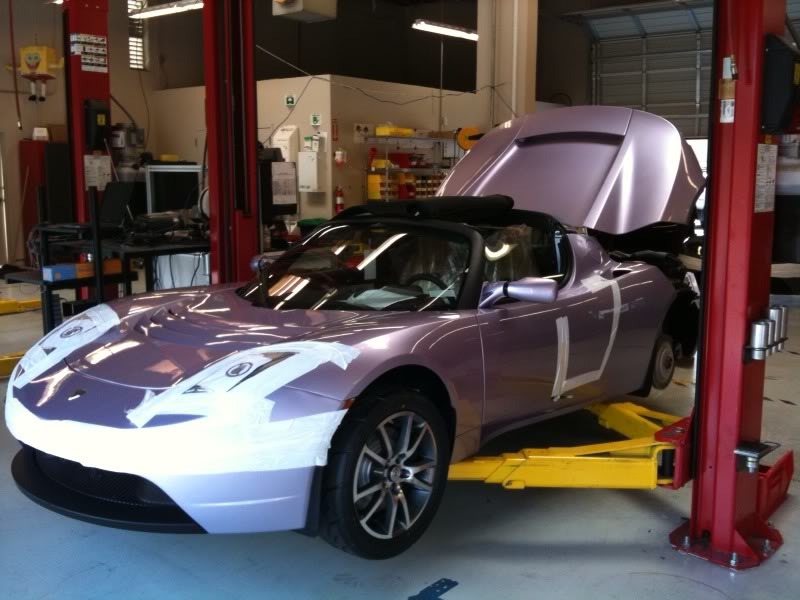 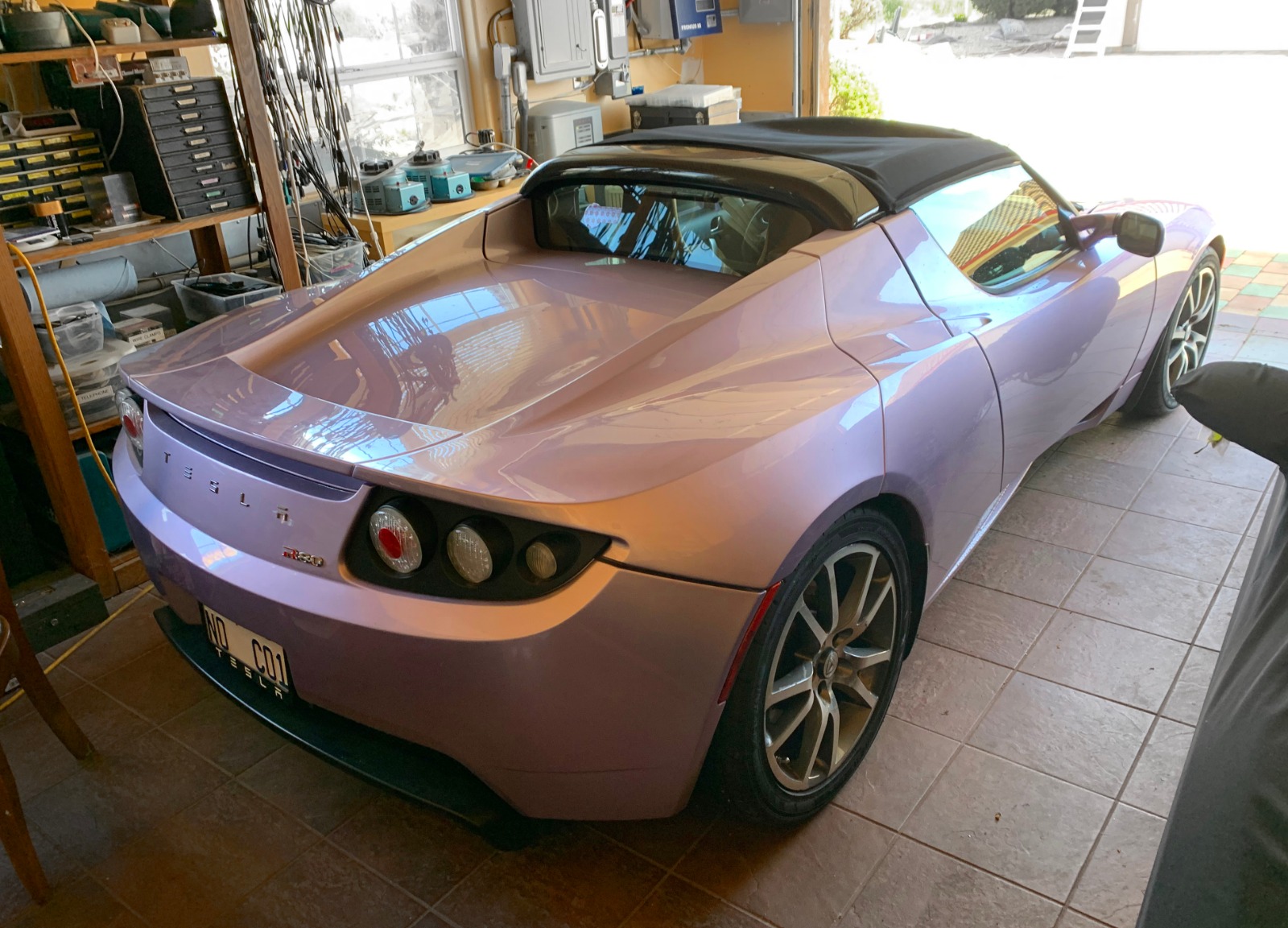 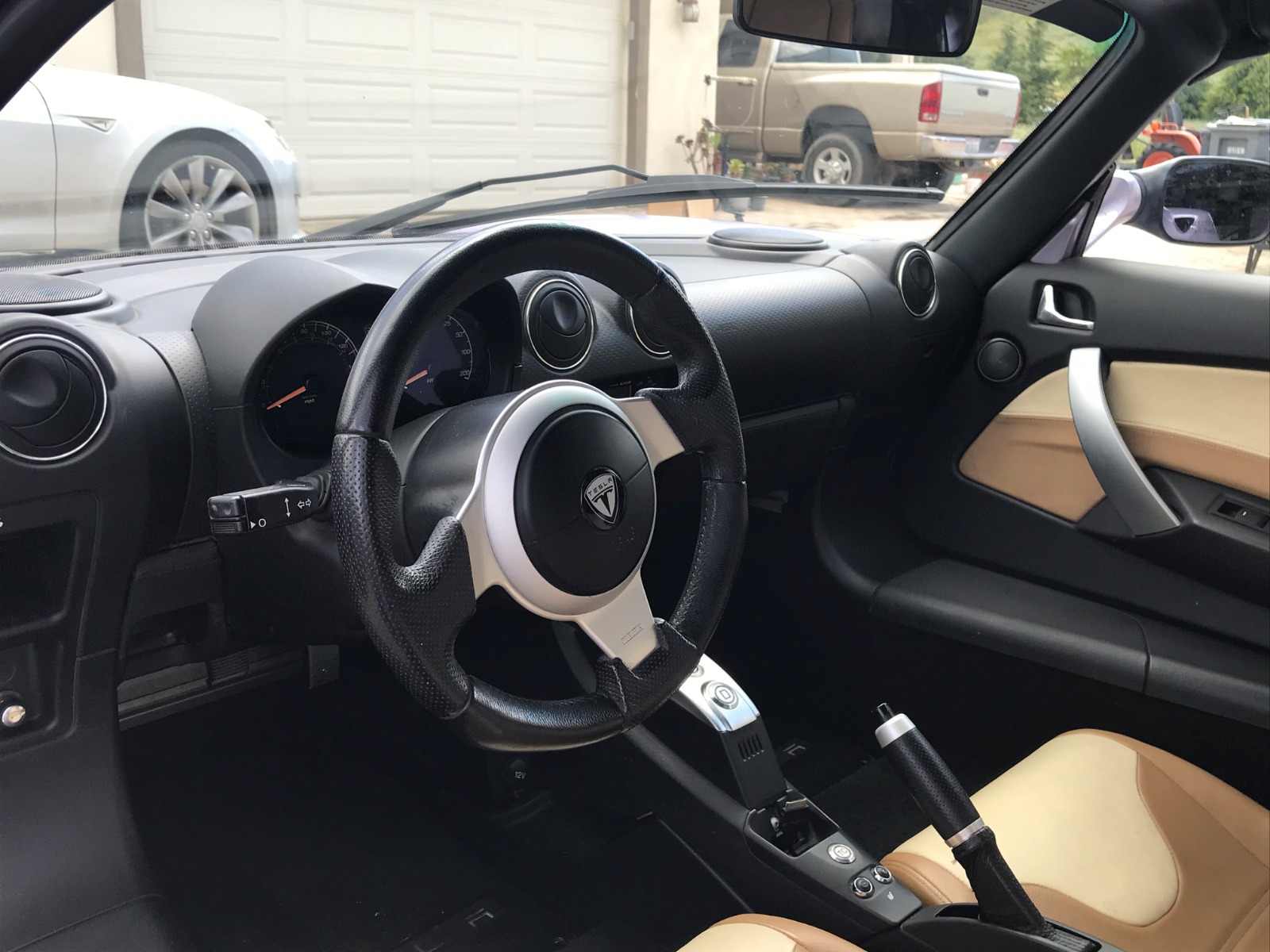 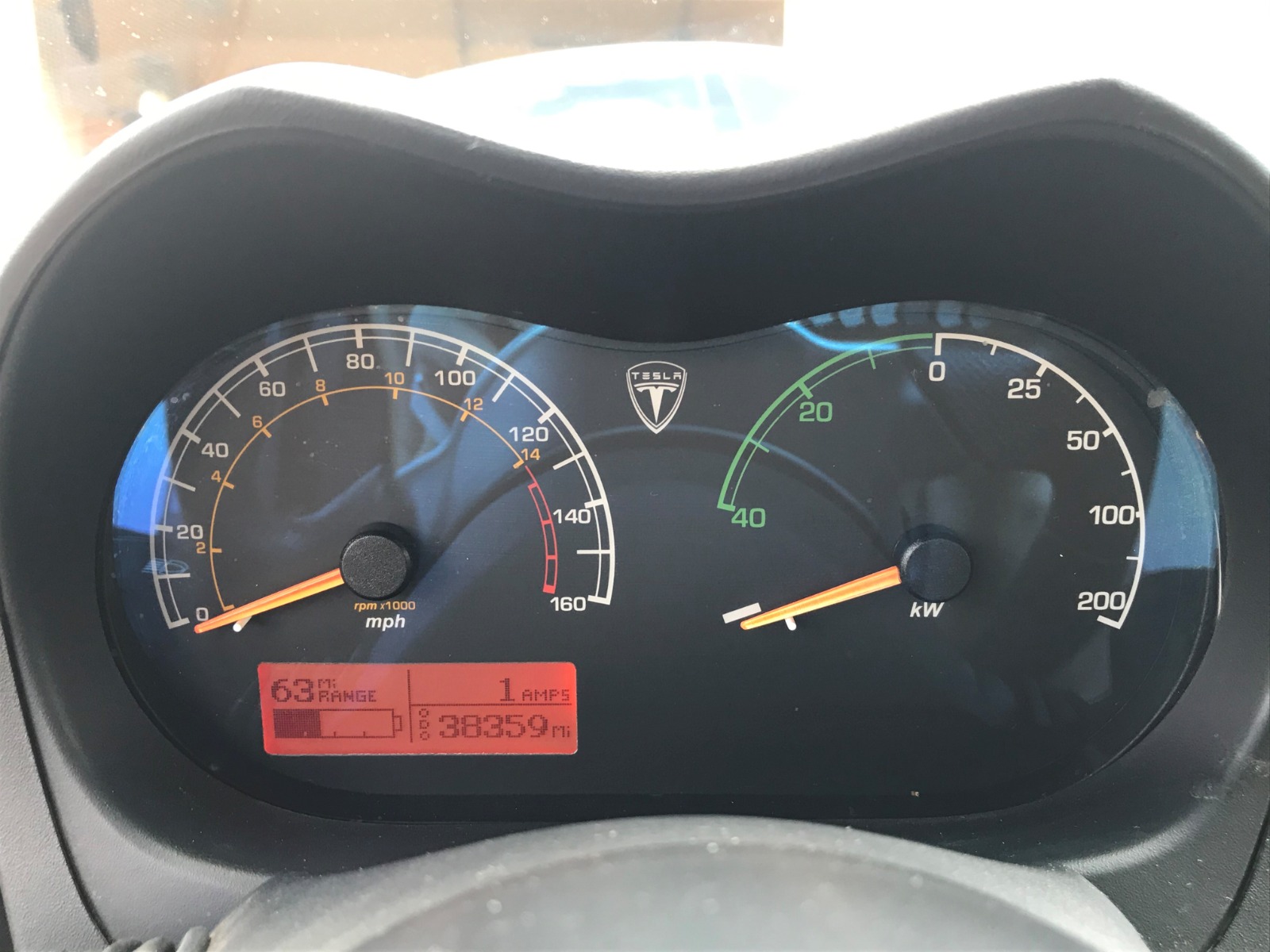 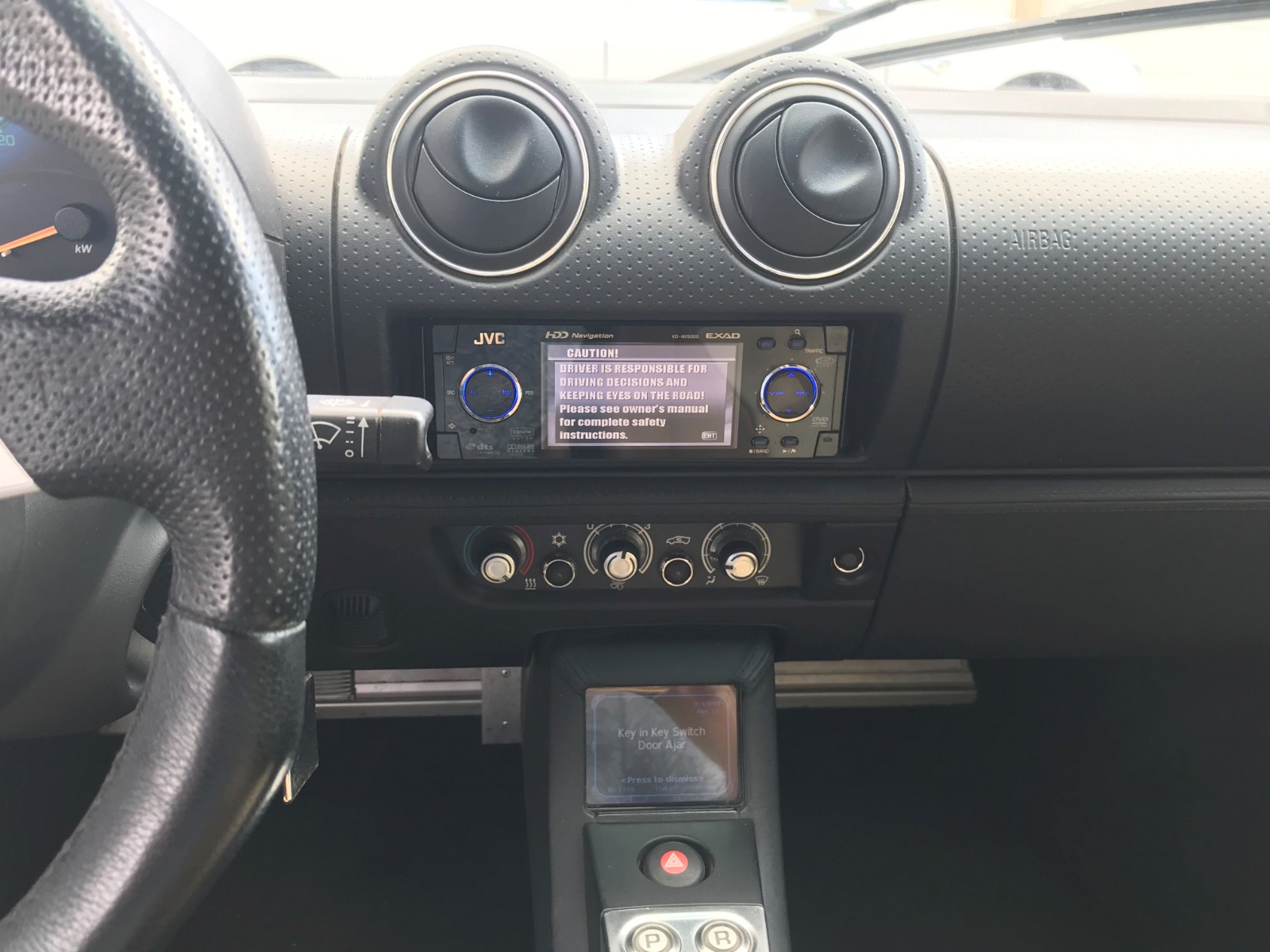 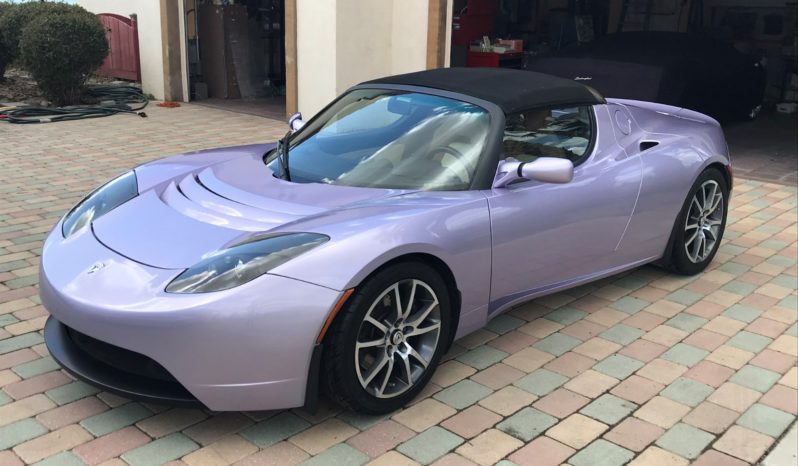 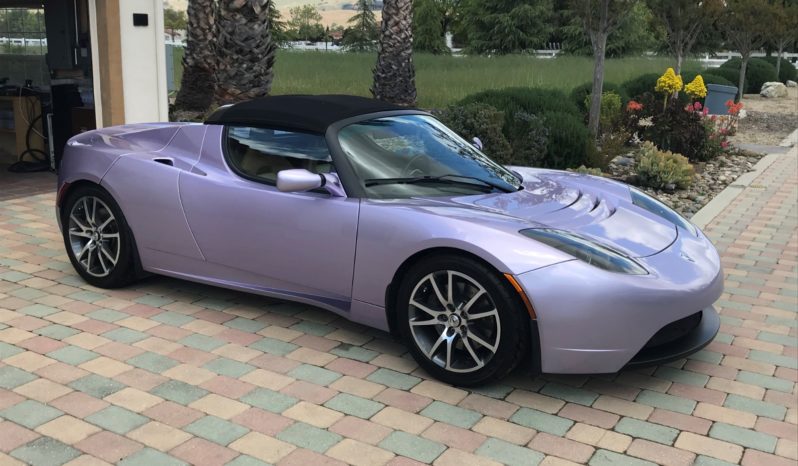 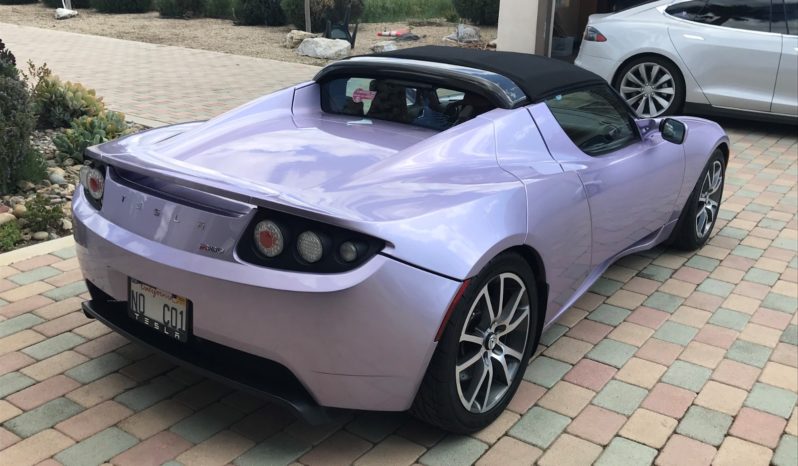 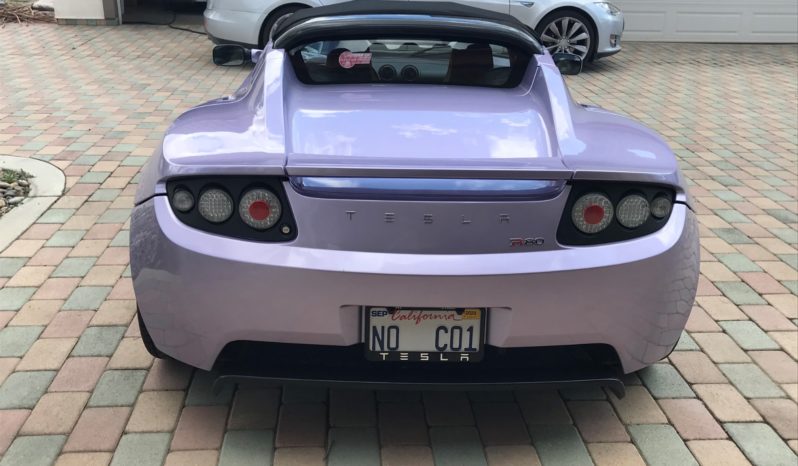 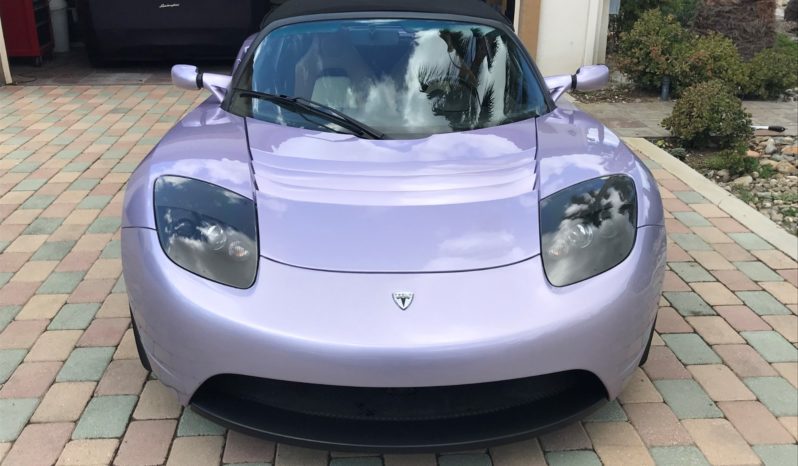 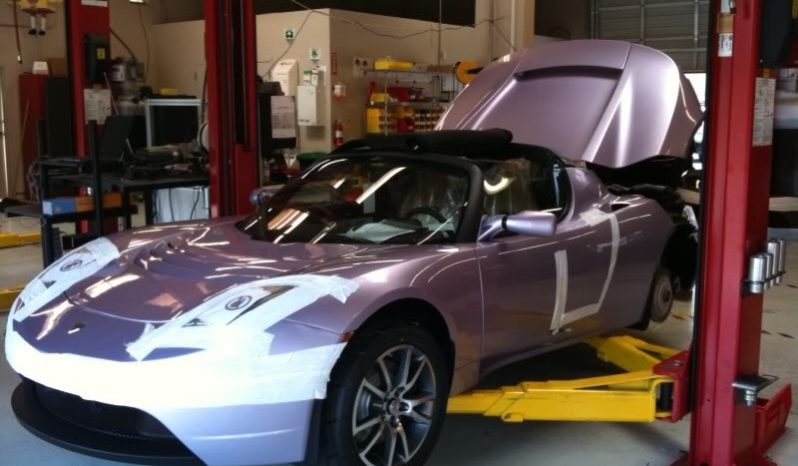 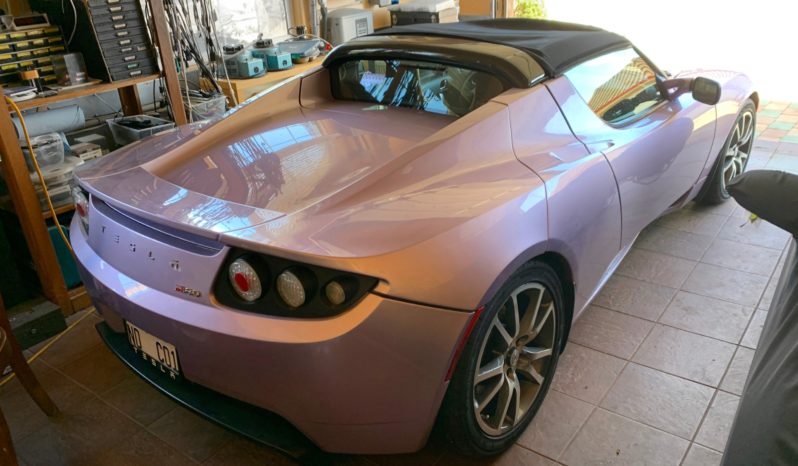 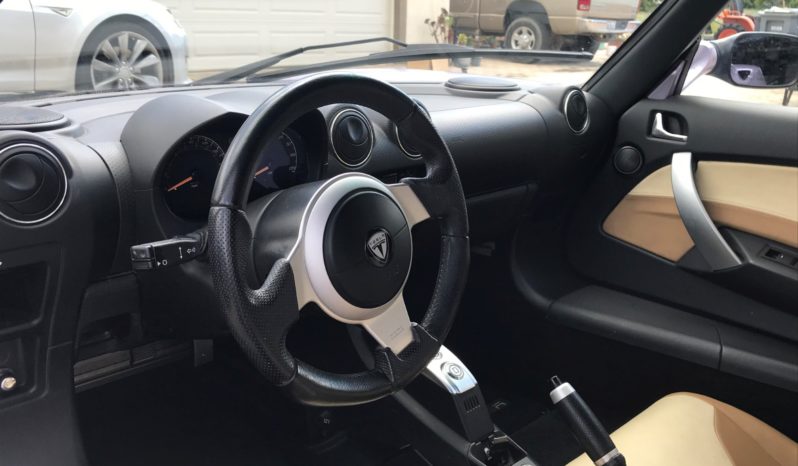 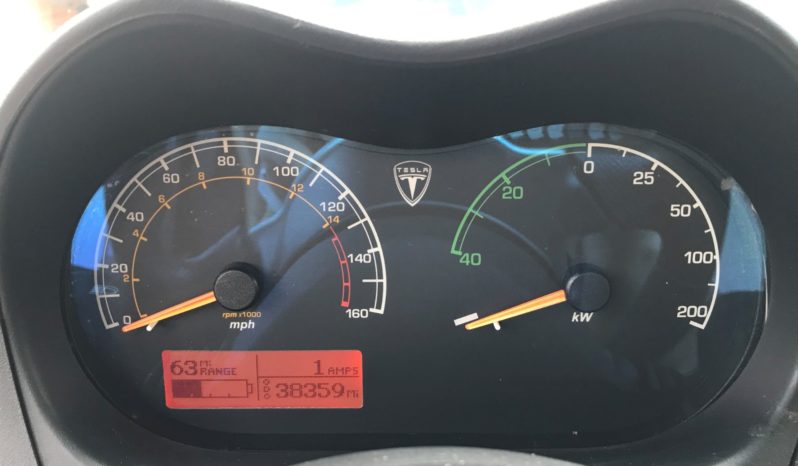 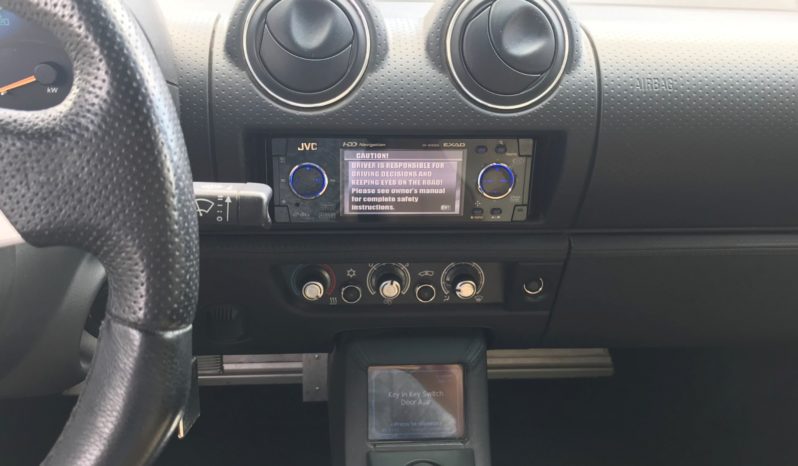 Vehicle History Report
This vehicle has no AutoCheck history data

This is another very rare color, painted at the Hethel UK Lotus Factory, one-owner Roadster. Only two are know in existence, one in Japan, and this one in the USA.
The owner of this rare example is truly an early adopter. This special order pearl lavender called “Little Lilac” a DuPont color, which cost an additional $5K.

It also has a 3.0 battery pack installed a couple of years ago, with 270 miles range in standard mode, and 325 in range mode. There are only about 2K miles on this 3.0 battery which has over 3 Years warranty & over 70,000 miles remaining on battery warranty

This Roadster has another rare and sought after limited feature – Fondmetal 7400 5 Spoke grey cast wheels. Tesla legend has it that Elon decided that these early one color charcoal grey wheels did not have enough pop, so going forward this wheel style would now include a polished metallic spoke face. The wheels on this Roadster are the pre-modification, and very few were sold with Roadsters.  Tires have only a few thousand miles logged.

Since this owner is an early adopter, he tells a fascinating story. While early Roadster buyers were waiting for their cars, Tesla called a meeting with about 50 early Roadster adopters. Elon was present and told them all that Tesla needed an additional $5K, raising the final price of the Roadster.  Most balked, were unhappy, since they already put down $15K-20K and still hadn’t seen their Roadster, and now there was a price increase before delivery.

Elon allegedly got mad and claimed without the price increase the company would go under.

Included is the hard top, soft top, three chargers, Yellow Cable, UMC Cable, with adapters, extensions, and a Clipper Creek HPC charger.
In addition, the hardtop has been stored in the Tesla package since day one, and the package includes an original Tesla car cover.  The original paperwork is also included.

An additional sidenote – the owner of this rare Roadster is also an electronics engineer, and gave Elon a design for DC fast charging for the Roadster.  It was not adopted, most likely due to the fact no further Roadster product release delays could be tolerated.