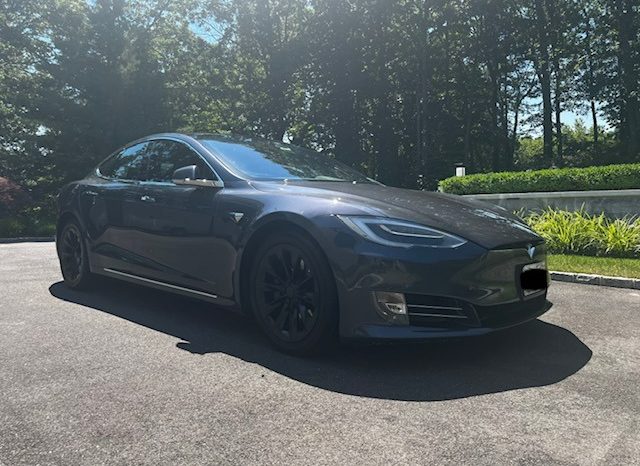 In 2016, Tesla unveiled the Model S 60D sedan. Fashioned with a 60 kWh battery pack in the aluminum chassis of the vehicle, this new addition to the Model S family offered a familiar set of offerings with a new punch in the form of an all-wheel drive transmission. The dual motors offered increased speed, better performance in snow and inclement weather, and greater handling capabilities than the single motor in the 60 kWh Model S. Its 208 mile range suitable for daily commutes and quick road trips combined with the increased power of a dual-motor transmission made the 60D a favorite during its two year production run of 2016-2018.

Autopilot aficionados will rejoice at the 60D’s full offering of self-driving capabilities: the Autopilot Tech Package, Enhanced Autopilot (EAP), Full Self Driving Capabilities, and Hardware 2.0 and 2.5 (Hardware 1.0 for the early 2016 Model S 60D). If the vehicle was originally ordered without any autopilot options selected, the hardware and software can be subsequently added.

Those looking to express their individual style preferences in their Model S 60D are met with a batch of choices, from selecting the interior color, customizing the dashboard design, and choosing between standard multi-pattern textile seats, leather seats, or a vegan leather seat that was developed in 2016. The overall interior design was crafted to be minimalistic in nature, using its modern lines to hold the vehicle’s 17-inch touch screen control panel in the center of the dashboard.

The exterior of the Model S 60D was designed to capture attention at every turn. During the model’s two year production run, consumers could select from seven popular colors including Titanium Metallic (available in 2016 models), Silver Metallic, and Deep Blue Metallic. A selection of 19” standard and 21” performance wheel options give drivers the opportunity to further customize their Model S according to function and design.

The Model S 60D has the benefit of a sufficient battery range offered in its 60 kWh battery pack, with the added boost of a dual-motor transmission. If you’re on the search for a used Tesla Model S 60D, there’s no better place to connect directly with other Tesla owners than through Find My Electric – a used Tesla marketplace created by Tesla enthusiasts, for Tesla enthusiasts!