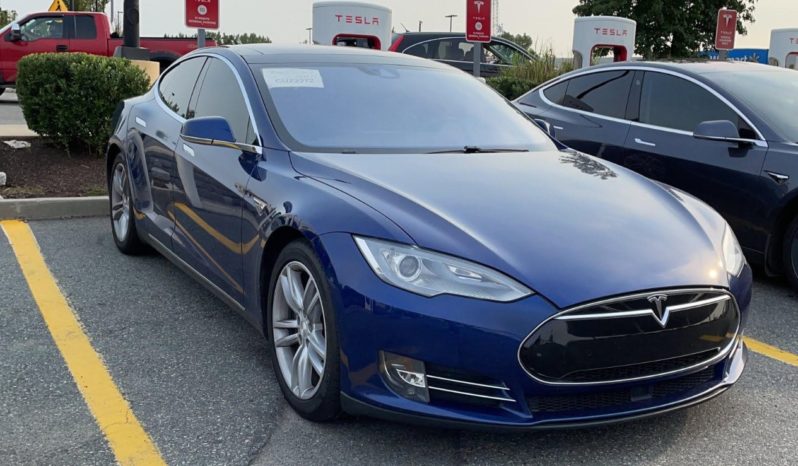 Between 2015-2017, Tesla offered the Model S 70D in its growing roster of electric vehicles. Equipped with a range of 234 miles on a single full charge, with the increased power of a dual-motor transmission, the Model S 70D packed plenty of punch during its two year lifespan.

The interior of the Model S 70D is furnished with the eye-catching 17-inch touch screen control panel that rests in the center of the vehicle’s dashboard. Model S owners are also given a variety of decorative interior options. Consumers looking to design their vehicle according to their personal style preferences could choose between gray, tan, all black or ultra-white (2017) interior settings, standard multi-pattern textile seats, leather seats, or a vegan leather seat (2016-2017). No matter the design combination, drivers who enter the Model S 70D are met with the innovative standard that has long defined Tesla as a pioneer in the electric vehicle space.

The exterior of the Model S 70D aims to please, with the smooth lines and modern features a proper match to the futuristic vision of the interior. Between the years of 2015-2017 consumers could build their Model S with a dozen paint varieties, including the favored Deep Blue Metallic, Obsidian Black Metallic, Pearl White Multi-Coat, and Titanium Metallic (2015-2016). From a more practical standpoint, Tesla also offered variations of the durable 19” wheels (base, Cyclone, Slipstream, and Tempest) and performance wheels (Arachnid, Turbine, and Twin Turbine).

Those who are heavily drawn to Tesla’s autopilot capabilities won’t be disappointed with the Model S 70D’s offerings. The 2015 Model S 70D comes with an optional Autopilot Tech Package and the optional Hardware 1 option and the 2016-2017 model offers Enhanced Autopilot (EAP), Full Self Driving Capabilities, and Hardware 2.0 and 2.5. In the circumstance that the original Model S owner decided to forego autopilot all together, a new owner can have the software and hardware installed at a later date.

If you’re on the search for a used Tesla Model S 70D, you’ve come to the right place! Find My Electric is The Ultimate Tesla Marketplace, and there’s no where better to find an amazing used Tesla today!