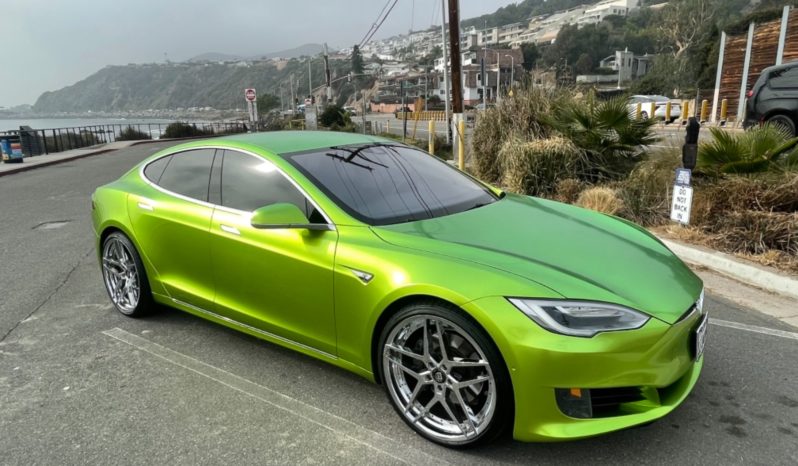 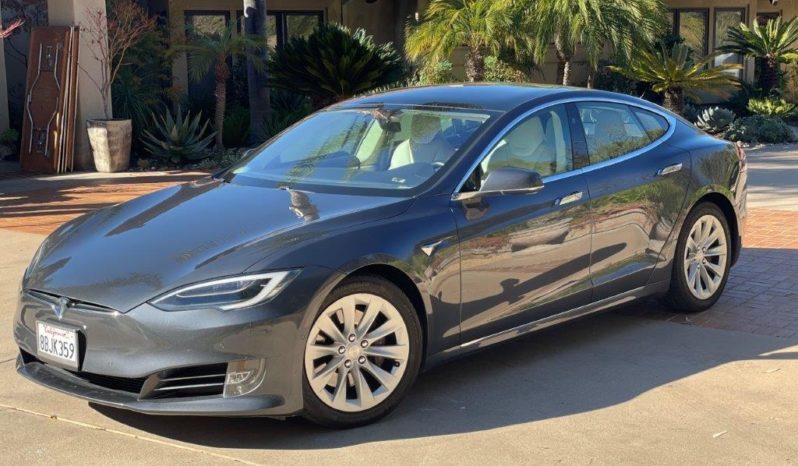 Tesla rolled out its 75 kWh lithium ion battery option in 2016. The rear wheel drive base model of the 75 trim line was capable of approximately 260 miles per charge, a respectable 20-30 mile increase in range over the previous 70 kWh, rear wheel drive trim. With its longer driving range and a few cosmetic improvements to the front bumper, the Model S 75 replaced the previous trim line by 2018 but was discontinued the next year thanks to Tesla’s manufacturing preference for the all wheel drive iterations of the Model S.

Hardware capability for Autopilot, Tesla’s software for driving assistance, was present on all years of the Model S 75, and could be purchased along with the Tech package in 2016. Subsequent years saw Enhanced Autopilot (EAP) and Full Self Driving Software. Configurations for AP1 and AP2 were available during the year 2016, and AP2 AND AP2.5 were available in model years 2017-2018.

The minimalist, sleek look of the car was improved with the removal of the fake front grill, which Tesla had originally deemed necessary for keeping the Tesla Model S from looking too different from combustion engine sedans. Exterior paint colors varied only a little, with Model S paint options Solid White and Titanium Metallic only available in the 2016 model of the 75 and dropped afterwards. Paints across all years of the Model S 75 included Solid Black, Multi-Coat in Red and Pearl White, and Metallics in Deep Blue, Obsidian Black, Midnight Blue, and Silver. The rest of the exterior was practically identical to previous years of the model S, but critics agreed that the design was still current.

The lux interior of the Model S 75 included a modest color palette of All Black, Tan (2016, 2017), Gray (2016), Ultra White (2017), Black and White (2018), and Cream (2018). The elegant Piano Black dash, or dash options in Wood designs (Lace, Matte or Glossy Obeche, and Dark or Figured Ash) and Carbon Fiber, maintained the rich feel of the car without distracting from the focal point of the Model S’s signature 17” touchscreen control panel. Seating materials available during the 75’s manufacture included Multi-Pattern Textile, Nappa Leather, and Synthetic Vegan Leather (the only seating option on the Model S from 2018 onward).

On the hunt for a used Tesla Model S 75 but frustrated with the lack of search criteria on most used car sites? Find My Electric is a Tesla-centric site dedicated to Tesla vehicles only. Our proprietary search function targets features specific to pre-owned Model S trims and other used Tesla features. Spend more time driving a new-to-you Tesla and less time on the hunt with the Ultimate Tesla Marketplace on Find My Electric!