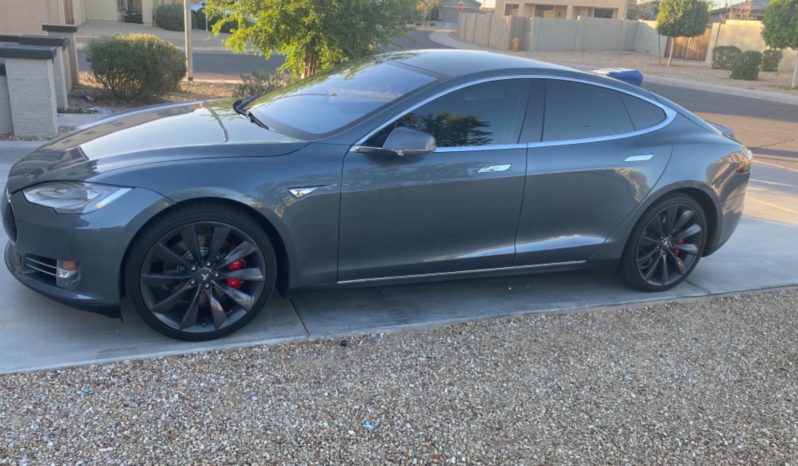 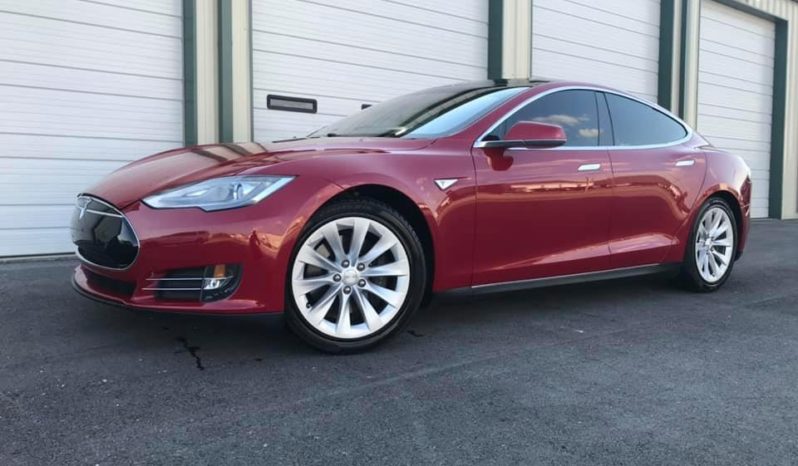 Tesla’s Model S Performance series adds horsepower and speed to their base design, and the Tesla Model S P85 is the souped-up, rear wheel drive version of its non-performance counterpart . The P85 shared the same 85 kWh lithium ion battery pack as the other vehicles in Tesla’s early Model S 85 trims, but boasted an increased acceleration time (0 to 60 mph in about 4 seconds). Range of the Model S P85 was slightly better than the non-performance version, coming out to about 265 miles per charge. Though an excellent electric with smooth handling and an extra burst of initial speed, the P85 was discontinued in 2014 in favor of the newer, all wheel drive P85D. Used Tesla Model S P85 vehicles can still be found on the market and provide a quality, sporty ride.

The interior of the P85 was limited to the All Black, Tan, or Gray that accented the simplicity of the Tesla’s 17” touchscreen control panel. Piano Black, Carbon Fiber, and various wood offerings that included Figured Ash, Dark Ash, Matte Obeche, Lace, and Glossy Obeche added extra flair to the inside of the vehicle. Seating materials were available in comfortable Multi-Patterned Textile and luxurious genuine Nappa leather.

The 19” base wheel remained a solid favorite in the P85 version of the Tesla Model S, but other 19” and 21” wheels were offered as a customization. The 19” Cyclone, Slipstream (Silver, Sonic Carbon), and Tempest added sportier profiles to the exterior of the Model S P85 without changing the vehicle’s handling, while the 21” Arachnid (Silver, Black), Twin Turbine (Silver, Sonic Carbon), and Turbine (Silver, Gray) gave an extra degree of cornering control and flair.

Searching for used Tesla (such as a used Model S) options and hoping to connect with other Tesla owners and enthusiasts? Free My Electric, the Ultimate Tesla Marketplace, is here to help you find the best of the best among used Tesla options. If the Model S P85 is one of your must-haves this season, check out Find My Electric’s extensively detailed, used Tesla listings today!