Get Outta The Way—The Cybertruck Isn’t Getting Any Smaller! 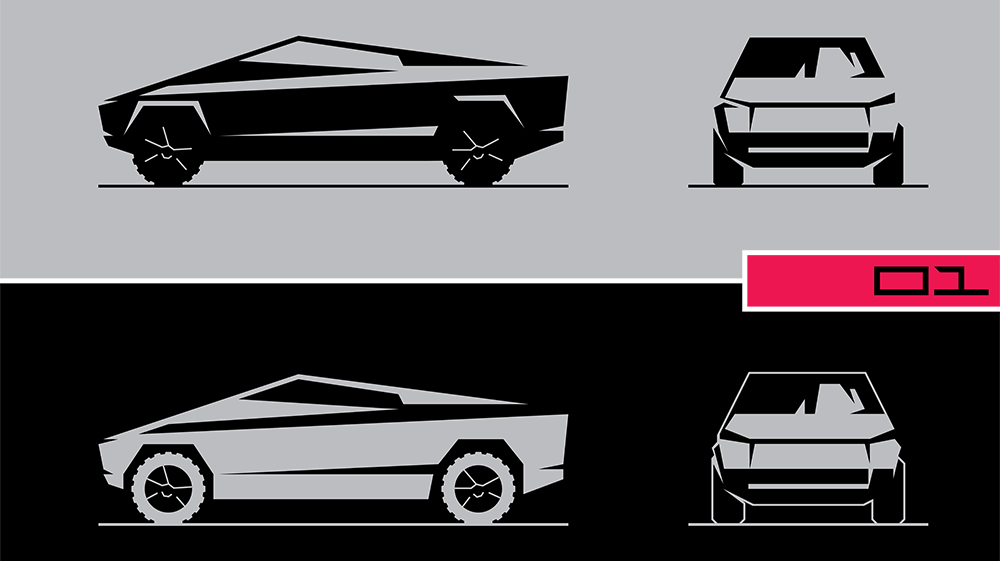 Get Outta The Way—The Cybertruck Isn’t Getting Any Smaller!

About 6 weeks ago, Elon was asked on Twitter about any upcoming changes to the Cybertruck and he had the following to say:

Some people found this to be quite shocking, because the beastly size and presence of the Cybertruck was so impressive when it was unveiled. And while 3% might not sound like much, some (however small) design cues are able to be perceptible, which had some people worried that we might end up with a watered-down version of the insanely awesome prototype.

However, many people’s worries were recently put at ease when Elon said the following on Twitter:

Reviewed design with Franz last night. Even 3% smaller is too small. Will be pretty much this size. We’ll probably do a smaller, tight world truck at some point.

So, there we have it—straight from the man himself—the Cybertruck is just too badass, and to cool to be diminished in any way. There are still some interesting design questions that haven’t been answered yet. Let’s take a look at some of those burning questions…

1) Will the production Cybertruck have that race-inspired steering wheel?

That wheel though—seriously! It’s so unconventional—but it seems to be so dang interesting too. Not sure on the various regulations that might be in place, including airbags and other issues, but if it makes it into the production truck—we won’t complain!

2) Will the production Cybertruck have side mirrors?

This was a much-debated topic since the unveiling and it hasn’t really been answered since. Based on NHSTA and other government standards, there are a LOT of rules and regulations that spell out what a vehicle must have/not have, and side mirrors fall under those rules.

However, there has been talk about relaxing these requirements and other ways to create some sort of loophole. It definitely looks cooler without the side mirrors—but will this stay? We’re not sure, only time will tell.

3) Will there be any different color options, or will it have to be wrapped?

A lot of people have wondered about this too. Will the Cybertruck be available in any different paint colors or options (such as anodized metal, perhaps)? Or will it simply be only available in stainless steel, leaving the color customizations up to owners?

One thing’s for sure—it will make production a lot cheaper if Cybertrucks don’t need to be painted. And it’s also super cool—futuristic, DeLorean-esque, and so many other awesome things.

4) What in the heck is that dashboard made out of and will that be in the production vehicle?

We all saw what looked like a “marble” dashboard on the demo model during the unveiling. Based on some journalist reports, that may have actually been a special type of paper or composite.

Having that single, flowing Model 3/Y-esque dash is definitely an interesting design queue, no matte what it’s made out of, that’s for sure!

5) Will there be a heads-up display or a single screen like Model 3/Model Y?

This is one of the other highly-contested points on the Cybertruck, and also on future Model S/X revisions—will there be a center screen only, or will there be some type of second display for the driver?

With the success of the Model 3 and the fact that the single screen seems to work really well, we kind of doubt it—and if anything, we’d guess that there might by some type of heads-up display (HUD), but we’re still pretty early on, so nobody knows yet!

While you’re waiting for the Cybertruck, take a minute to check out our used Tesla listings and have a look around the site! We’ve worked really hard to create the ultimate Tesla marketplace for all types of used Teslas.

If you want to tell us what you think, list your Tesla for sale, or just say hi—feel free to reach out—we’re excited to interact with the community!