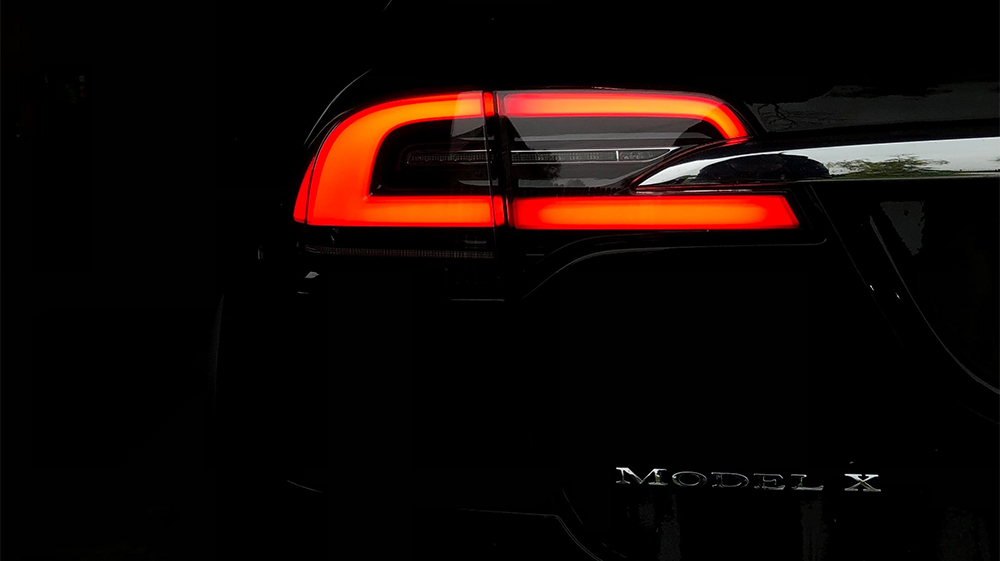 What is Tesla’s Ludicrous Mode? How does it affect performance? Which members of Tesla’s lineup even have it? These are all popular questions that come to mind when thinking about the speed and 0-60 times of Tesla vehicles.

And there’s no doubt that at some point during your search down the rabbit hole of Tesla speed and performance, you’ve likely seen 0-60 mph acceleration times that are achieved only “with Ludicrous mode enabled.” But what does this really mean?

In order to help you understand everything you’ve ever wanted to know about Tesla’s Ludicrous Mode, we’re covering it today in our popular Tesla Features Explained blog series!

First, a bit of background…

Tesla got the name for this feature from the 1987 cult-classic spoof film Spaceballs (and if you’d like to see 80s star Rick Moranis holding on for dear life while his ship tears through space, this is the film for you). At its most basic, Ludicrous Mode is the extra power boost that gives Teslas with the right configuration a supercar quality, rib-crushing forward jolt that will either leave you squashed into your seat with a huge grin on your face or leave you wanting your mommy. In a nutshell, the already absurdly fast acceleration time of a Tesla gets even faster when the battery is at just the right temperature and the output is regulated for speed over endurance.

Is it absolutely necessary to have an awesome drag strip time when all you need to do is commute or pick up groceries? Well, no, but half the fun of owning a Tesla is in being able to push the limits of what an electric car can do. If you think about it that way, Ludicrous Mode is practically an essential function when available.

Let’s take a look through some of the most important performance features Ludicrous Mode has to offer, why you won’t find it as an add-on in new productions anymore (we’ll give you a hint: it isn’t gone, it’s just…different), which Teslas have this incredible option, and where you can find the best deals on a Ludicrous-enabled, used Tesla.

Tesla first introduced Ludicrous mode to the public back in 2014. A change in some of the battery pack’s materials and a fresh design of the fuse that regulated battery output enabled Tesla to include the Ludicrous acceleration boost on their new 90 kWh battery trim, the P90D.

This change reduced the Model S’s best 0-60 mph acceleration time from a cool 3.2 seconds to a then jaw-dropping 2.8 seconds. Tesla offered a retrofit on the 2014 P85D at half price ($10,000 USD), allowing previous buyers to take part in the 2.8 second acceleration and reducing their quarter mile time to just 10.9 seconds.

In 2016, the Model X joined the Tesla fleet and the Ludicrous Mode market (because if you can add crazy acceleration to a luxury SUV, why wouldn’t you?). While the Model S P85D, P90D, and P100D with Ludicrous Mode were making 0-60 mph acceleration times of 2.5-2.8 seconds and the quarter mile at about 10.8 seconds, the Model X P90D and P100D with Ludicrous managed 0-60 in close to 3 seconds and the quarter mile in about 11.7 seconds. Fast enough for you and your cargo? We think Han Solo would approve.

In 2017-2019, as Tesla started dropping battery size options out of the lineup, Ludicrous Mode could only be found on the Model S and X versions of the P90D and P100D.

To sum up, Ludicrous Mode was first available in 2015 and as a retrofit for the 2014 Model S P85D, continuing to be offered on the Performance versions of the Model S and X for a hefty $20,000 until 2019. In more recent years, there is no longer an add-on option for Ludicrous Mode. Why? Tesla started making Ludicrous Mode a standard feature on their Performance cars.

Now that you know what Ludicrous is and how it performs, how can you tell if any given Tesla has it? If you’re trying to find a Tesla with Ludicrous Mode enabled, sometimes you’ll see a trim line listed with an L at the end, such as P90DL. If you haven’t already guessed, that L is for Ludicrous Mode.

Not every Tesla Performance car before 2019 had the Ludicrous feature. For the ones that did, Tesla offered or installed a shiny little car badge upgrade with an underline (e.g., P90D) on the back of the car. Heads up, though, you can find a used Tesla with Ludicrous mode that did not get a badge upgrade. The best way to determine if the Tesla you are looking at has Ludicrous is through the mode selector on the car’s touchscreen menu. In most instances, though? We’re willing to bet that the current owner of the car knows whether or not Ludicrous Mode is an option on their Tesla. Wouldn’t you?

(And if you haven’t seen some of the Tesla Ludicrous Mode acceleration/launch reactions, we highly recommend checking them out!)

So, What is Ludicrous+? Or Ludicrous+ Warp Speed?

Ludicrous+ and Ludicrous+ Warp Speed are two more rungs on the Ludicrous ladder of performance. It’s absolutely worth noting that the way Ludicrous Mode is used affects the actual acceleration and quarter-mile times. To achieve the best performance, the Tesla’s battery does have to be at a favorable temperature (you can’t get max power from a cold battery) and a high state of charge, and the car needs to be set to Ludicrous+ Mode, which ups the temperature of the battery and the output from the motors even further. Then, since the best performance from a Tesla is not necessarily the best for a Tesla long-term, the company added one more step to the maximum Ludicrous setup: the Warp Speed easter egg. Once Warp Speed is chosen through the touchscreen menu, the instrumentation will show an extra amount of battery heat that isn’t great for the battery over the long term but allows the max power output of the car to go up just enough to add one final boost of power. At that point, you are operating outside the recommended limits of the vehicle, but your ability to perform a face-warping launch is at its peak.

All this rocketing around does take a toll on the battery, the motors, and the gearbox. Tesla calls it “accelerated wear and tear.” Exactly what this wear and tear is per launch hasn’t been made particularly clear, but we imagine that over time there will be loss of efficiency from the battery and potential motor issues with excessive use. What defines excessive use? That’s also been a highly debatable point, so we’ll have to return to it in a future blog post.

While the Model X is the fastest crossover SUV in its class, its weight and height keep it from comparing favorably to the sport sedan styling of the Model S. The Model S with Ludicrous accelerates faster and performs better over the quarter mile than the Model X, but that’s not really a surprise. The real surprise is that while the Model S is always out front in a Ludicrous Mode race, the Model X isn’t that far behind.

What’s more important than knowing whether the Model X or Model S is faster? Remembering that your steaming hot coffee isn’t wearing a seatbelt when you floor the accelerator. Always batten the hatches and secure the cargo before things get Ludicrous.

Can You Order Ludicrous Mode on the Model 3 or Model Y?

Nope! While both of these vehicles come with a Performance version, they don’t go the extra mile that includes Ludicrous Mode equipment and programming. After all, they are the less expensive, minimally-featured cousins of the Model S and Model X. Still, the Model 3 and the Model Y perform well enough that anyone who isn’t interested in the drag strip can still enjoy the ride. After all, we’re comparing Tesla to Tesla here. Putting it in perspective, a 2021 Toyota Prius only manages a 0-60 acceleration of about 10.8 seconds…which is grossly slow in comparison. The 2021 Model 3 can still hit a 0-60 time of 3.1 seconds without the option for Ludicrous Mode, which is more than enough to make any unsuspecting passenger giddy.

Finding a Tesla with Ludicrous Mode for Sale

So if you are ready to test out the most gut-punching acceleration Tesla has to offer, where do you start your search for a Tesla with Ludicrous Mode enabled?

Besides the obvious route of buying a new Performance Model S or Model X, you can find a used Tesla with Ludicrous Mode through Tesla itself. The company maintains a used inventory and does have an inspection process and a what they call a Used Vehicle Limited Warranty. If you are looking for inspection security and an unquestionable warranty, this would be your route. However, the main drawback for the used inventory program from Tesla is the price. For both buyers and sellers, the difference can be several thousand dollars. When you are already looking for the Ludicrous cream of the crop, forking over that extra money can be a real pain in the pocketbook.

If you want to score a better deal, there are plenty of websites and dealers that would love to offer you one. Lots of used car websites have listings for pre-owned Teslas, whether sold by a dealership or for sale by the owner. The drawbacks? Slogging through listings that aren’t easily filtered by important Tesla criteria, avoiding possible scams, and having to jump through hoops just to contact owners and sellers who just aren’t all that knowledgeable about the vehicles themselves. The whole business can be a huge hassle. But hey, that’s where we come in!

We are definitely biased, but we believe that buying a pre-owned Tesla is best done through an owner listing marketplace built specifically for Tesla vehicles. Our site was created by Tesla enthusiasts (that’s us!) for Tesla enthusiasts (if you’re checking out Ludicrous Mode, that’s definitely you!). With Find My Electric’s filters and sorting functions designed entirely around used Tesla trims, packages, add-ons, and more, you’ll be able to check out any available Tesla Model S or Model X with Ludicrous Mode in no time at all. We’re here to help you get in contact with Tesla owners so you can both benefit from a quick and secure sale. Check out our used Tesla listings to get started today!