Does Tesla Take Trade-Ins? Trading in to Tesla Pros & Cons 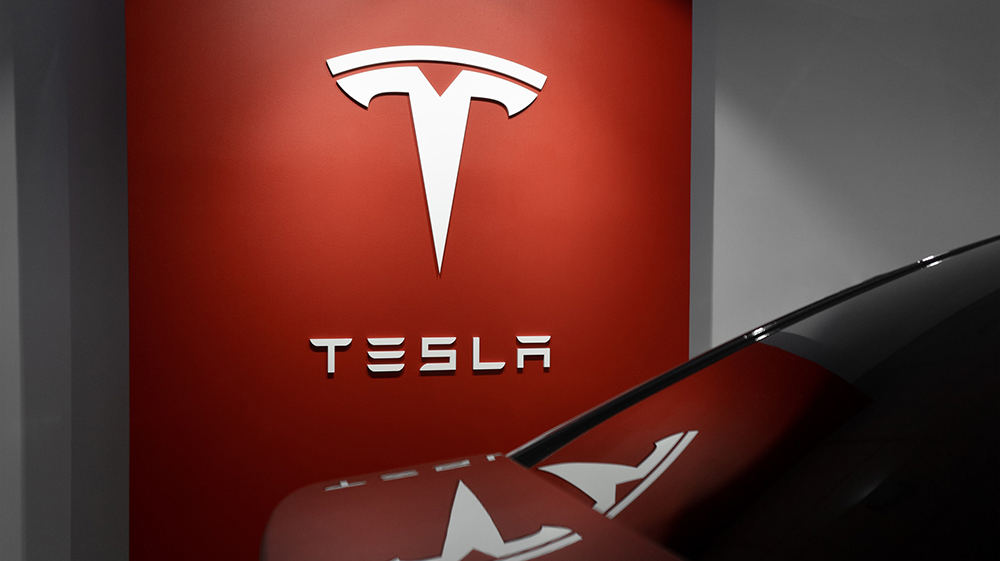 You may already know this, but Tesla does take trade-in deals! Whether you are examining the market for your used Tesla or looking to buy a Tesla for the first time, trading in your car to Tesla certainly seems like an option worth considering.

Want the details on Tesla’s trade-in program? In this article, we’ll cover Tesla’s trade-in requirements, the pros and cons of trading a used Tesla back to Tesla, and alternative ways to get the most value for your Tesla.

What Does Tesla Require for Trade-Ins?

Before we go deeper into requirements, it’s helpful to note that when Tesla’s pre-order delivery dates exceed their offer time limit (currently 30 days), they’ve begun to remove casual access to their website’s trade-in calculator entirely. If you are purchasing a pre-order vehicle from Tesla or from their existing New or Used Inventory, a Tesla Advisor will contact you with the option to apply a trade-in to your order closer to your actual delivery date.

When the online calculator is active, Tesla’s trade-in process is just as straightforward as the one used by most online dealerships. You only need to enter a little information on your vehicle before the website provides you with an estimate.

Tesla uses common value calculations to determine their quote for other manufacturer’s vehicles (Edmunds and/or Kelly Blue Book values likely factor in here). In some cases, this is also obtained through auctions that allow 3rd parties to bid before the trade-in deal is final.

For trade-ins involving used Tesla models, Tesla steps away from other calculators and does their own in-house valuation according to configuration and other vehicle specific details.

If Tesla’s estimate seems good to you, you’ll upload a few photos detailing the condition of your current car and proof of ownership. Tesla will then provide you with a final quote, often within 24 hours, that you can apply to your order at the time of your purchase delivery.

Your trade-in vehicle is picked up when you accept delivery of your Tesla purchase. All the necessary paperwork for the transfer is signed with the Tesla representative at the time of delivery.

Because the process is supposed to be hassle-free, Tesla’s trade-in offers are non-negotiable.

In summary, the process currently goes something like this: Purchase -> Contact for Trade-In -> Estimate -> Acceptance -> Final Quote -> Pickup of Trade-In on Delivery Day -> Trade-In Credit Applied

What kind of vehicle will Tesla accept for a trade-in?

Tesla will take cars, trucks, SUVs, and vans. It’s worth noting that they will only take one vehicle in trade per inventory purchase.

Tesla will not take motorcycles or other vehicles outside the general description of truck, car, van, or SUV. This includes four wheelers, mopeds, and other motorized vehicles (such as RVs). They also will not accept commercial vehicles, such as vans used for transporting more than 8 people for compensation or any vehicle that has ever transported hazardous material (while it makes sense for Tesla not to pay for a vehicle like that, we can’t help but wonder if anyone has tried to trade them one).

Tesla will also factor the value of a lease vehicle for trade if they are allowed to do so by the leasing company. This can be helpful if you paid a big down payment on your lease but want to get some of that value back by trading in to Tesla.

Many lessors have stopped allowing a third party such as Tesla to complete a buyout of their leased vehicles, so it’s worth checking with your lender for restrictions before starting the trade-in process.

What condition does Tesla accept for a trade-in vehicle?

Tesla states that vehicles being considered for trade must be in drivable condition.

While they used to accept some vehicles with a “Lemon Buyback” title (a vehicle repurchased by the manufacturer for warranty defects) or an odometer reading discrepancy (NAM title, or Not Actual Mileage) after reviewing the details of each case, Tesla no longer accepts Lemon Buybacks or NAM-titled vehicles.

Salvage and flood designated vehicles are not accepted by Tesla’s trade-in program even if they are currently drivable.

When available, Tesla’s initial trade-in estimate is good for 7 days after you submit your vehicle’s info. Once Tesla sends you a final offer (an action that requires you to have already purchased from Tesla’s Pre-Order, New, or Used Inventory), that number is good for 30 days and within 1,000 miles of the odometer reading you submitted for the vehicle you want to trade.

While you should be taking delivery of your new purchase within the 30 day / 1,000 mile criteria for Tesla’s final offer to remain valid, Tesla sometimes honors the final offer anyway if delivery is delayed on their end. However, be aware that your vehicle’s trade value can change if you go past the 30 day / 1,000 mile limit before delivery or experience a change in your trade vehicle’s condition (such as a traffic incident or breakdown).

Trading a Non-Tesla Vehicle in to Tesla

Will Tesla accept other cars (non-Tesla) as a trade-in? What about non-electric vehicles or gas cars (called internal combustion engines or ICE by the EV community)?

Yes, they do! In fact, more than 90% of the cars Tesla has accepted in trade are ICE vehicles from owners who want to switch to an EV.

While there are some constraints on what Tesla will accept for a trade-in offer, Tesla does accept vehicles (cars, vans, SUVs and trucks) from other manufacturers for trade-in credit. This credit applies to your purchase of a new Tesla or a vehicle from Tesla’s Used Inventory.

Trading a Tesla Back to Tesla

Can you trade-in your used Tesla for a new Tesla? Absolutely! Whether you’re looking to trade a Model 3 for a Model Y or any other Tesla combination in between, Tesla accepts their own vehicles as a trade-in towards the purchase of a vehicle from their new or used inventory.

Your Tesla’s trade-in value is calculated using your VIN, make, model, mileage, and a few pictures. Be prepared with your title or a copy of the lease/loan agreement for the photo section of Tesla’s trade-in calculator.

We’d like to point out here that Tesla uses their own in-house calculations to come up with your Tesla’s trade-in value. While the calculation is convenient, it doesn’t always reflect the current market value of your Tesla. They don’t add value for features like Enhanced Autopilot, Free Unlimited Supercharging (here’s how to find out if you have it), or Full Self-Driving (for more information on this perk and its value, check out our article on Full Self-Driving transfer).

Used Teslas are currently holding their value remarkably well, and the market for pre-owned Teslas is strong. Will you get the best value by trading back to Tesla? Probably not. Check out the pros and cons section below to learn more.

If you are looking to sell your used Tesla and are wondering if Tesla will just buy it without a trade, the answer is no. While Tesla’s trade-in policy is reasonable, Tesla is not a dealership and doesn’t want to buy your car for cash.

If you aren’t trying to trade your used Tesla for another vehicle from Tesla’s new or Used Inventory, you’ll have to find value for your Tesla elsewhere. The good news is that it isn’t hard; you can even list your Tesla right here on Find My Electric with no hidden fees! And our Instant Cash Offer system puts you in contact with Tesla-informed dealerships who are more than happy to pay cash for your Tesla.

As with anything in life, there are always pros and cons…and Tesla’s trade in program (while pretty good) is no exception. Let’s take a look at some of the pros and cons of trading a Tesla back in to Tesla.

Benefits of Trading in to Tesla

However, while Tesla’s trade-in quotes are pretty decent for non-Tesla vehicles, trading in your used Tesla to Tesla typically won’t get you top dollar. Here’s a few reasons why:

Disadvantages of a Tesla Trade-In

So why shouldn’t you trade your Tesla back to Tesla? You can get a much better deal selling online in a private sale or to a specialty dealership.

The amount of money left on the table in a trade-in deal with Tesla can amount to thousands of dollars for several reasons:

Is the convenience of letting Tesla’s trade-in program take your used Tesla off your hands worth leaving all that money on the table? We don’t think so.

You deserve to get top dollar for your Tesla. The good news is that finding the right buyer for your used Tesla is as easy as adding a listing on Find My Electric!

We love the fact that Tesla offers a trade-in program (who doesn’t want to see ICE cars traded for Teslas?), but we also know that you can get a much better return for a used Tesla by selling it yourself. Even without aftermarket mods or features like Full Self-Driving, used Teslas are selling online for thousands more than their trade-in value.

With Find My Electric’s online marketplace, you don’t have to hunt around for potential buyers. We put your used Tesla listing into the hands of the Tesla community with the best sorting and filtering features out there.

Not feeling up to the task of selling your Tesla yourself? You can also sell your Tesla quickly and conveniently to our trusted network of Tesla-informed dealer partners through Find My Electric’s Instant Cash Offer. Check out our Instant Cash Offer page for more details!

Don’t throw away money with a trade-in offer; list your used Tesla with us or request an Instant Cash Offer today!