How to Find a Cheap Tesla for Sale—Buying Secrets Revealed! 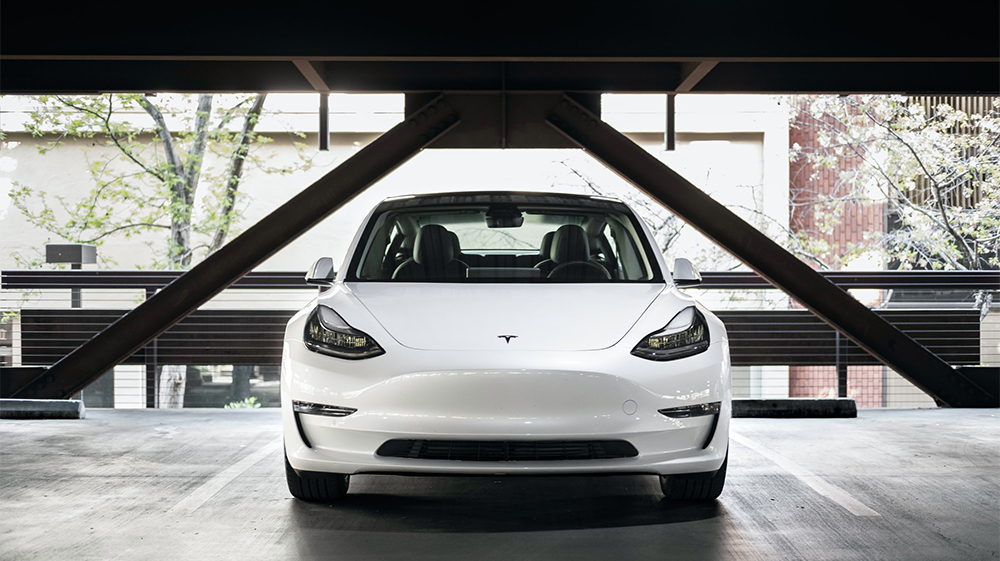 Finding a cheap Tesla for sale isn’t always the easiest thing to do—but if you know where to look, and you know a few other tricks, it’s definitely possible to get a very cheap Tesla!

One of the primary reasons that it’s hard to find cheap Teslas for sale is that the starting price of most Tesla vehicles is relatively high to begin win. So, if you’re looking for a Tesla cheaper than a Camry or Accord, you’re already starting at a disadvantage…

That said—the used Tesla market is your new best friend when it comes to finding a cheap Tesla for sale—and Find My Electric is one of the absolute best places to begin looking (more on this later).

In this blog post, we’re going to cover all the bases on cheap Teslas—where to find them, how much you should pay, and even some common mistakes to avoid. Sound like something you’re interested in? We thought so—let’s dive right in!

So, How Much Is the Cheapest Tesla Car?

As is the case with most cars, the price of the cheapest Tesla is relative to four main things: model year, mileage, condition, and as a smaller factor—features. Of course it’s not relative to only these things, but they are generally the most heavily-weighted when it comes to determining the value of a Tesla.

The model year is one of the factors that probably affects the value of Tesla vehicles the most—mainly because of hardware updates that have been pushed out over the years.

And as most people know, mileage is also a big factor—the higher the mileage, the lower the value of the car. BUT—it’s important to note that this is less of a factor for Teslas that it is for gasoline cars. It’s not uncommon to see Model 3s in the 20,000 – 30,000 mile range with a small hit to depreciation because 30,000 miles on an EV and a gasoline engine are not the same thing at all as is evidenced by many people buying high mileage Teslas for steep discounts that are in excellent shape.

YouTuber Hoovies Garage had an episode where they bought the “cheapest Tesla Model S in the USA” with 107,000 miles on it for $33,000, which is a great example of a high mileage cheap Model S.

Another example of higher mileage Teslas being cheap/affordable is YouTuber Branden Flasch (the EV Nomad) and his cross-country treks with a nearly 200k mile Model S 70D:

Even though his Model S is nearing 200k miles, it’s still in great shape and the repair cost has been relatively minimal compared to a gas vehicle.

Update: Branden’s famous Model S 70D is for sale on Find My Electric! Check it out here!

Features also play into used Tesla pricing, as vehicles with software upgrades like Enhanced Autopilot (EAP) and Full Self-Driving (FSD) will cost more than those without—but there’s usually a slight discount to be had on the software vs. purchasing it new.

With that said pretty clear that the cheapest Tesla car currently costs around the $30,000 on the used market (for now—once Model 3s rack up mileage, we may see prices even lower), and is generally an older Model S.

Of course, salvage Teslas with damage may cost less—but if we’re talking about clean titles and no damage, then again—the cheapest Tesla is going to be a Model S, usually 2012-2013, and generally has over 100k miles.

Cheap Teslas for Sale—Prices by Model

Because there are so many different Tesla models, trim levels, and battery/motor configurations, we wanted to weigh in on the cheapest Tesla price for each model…

Based on our experience, the following numbers generally represent the floor of used Tesla prices (with a margin for error and outliers each side):

Now that we’ve established some base values for what the cheapest Tesla costs, let’s take a look at where to find them…

Where Can I Buy a Cheap Used Tesla?

Most automotive classified websites are geared toward gas-powered cars, and that makes it hard to search specifically for example—for a 2012 Model S 60 with over 100,000 miles. The searching and sorting functionality just isn’t there on those types of sites.

On top of that, it can be hard to find a cheap Tesla because they often sell quickly and some sites require you to register in order to contact sellers—which adds a delay to the time to get in touch, which could mean that the cheap Tesla you found is already sold. On top of that, many of these sites don’t allow sellers to post their contact information (like their phone number) so you can get in touch quickly.

Many other sites (like Craigslist, ahem…) have problems with a lot of fake Teslas being listed for sale, where the prices are often far too cheap, and are scams.

So, that begs the question—where DO you go if you’re looking to find a cheap used Tesla? Let’s explore the different options/ways that you can get a Tesla for cheap…

While we might be a little biased, we’re confident that the best place to buy a cheap Tesla is right here on Find My Electric! Why? It’s simple…

Find My Electric is the only place that has advanced searching and sorting algorithms that allow you to *instantly* search and sort by Tesla-specifc colors, years, battery capacities, Autopilot hardware/software, and more. Looking for that $30k 2012 Model S? No problem—you can find it here in seconds!

Not only does Find My Electric have amazing searching/sorting capabilities, but we’ve also created a high tech, proprietary contact system that automatically roots out spam and eliminates the need for user registration in order to contact sellers—and we allow users the choice of publishing their contact information on the listing while keeping it hidden from the bad guys. Sound too good to be true? It’s not! You can immediately contact sellers here to snap up that great deal as quickly as possible!

We also have a process in place to review listings for spam prior to publishing—which virtually eliminates spammy, fake listings. On top of that, we’re the #1 used Tesla site on the web, so the inventory on Find My Electric is the most robust you’ll see anywhere! If you’re looking for the cheapest used Tesla for sale, there’s really no better place!

While we think that Find My Electric is the best place to buy a cheap used Tesla, buying direct from Tesla via their Certified Pre-Owned program (CPO) is the next best thing.

While there are notable problems with the CPO process, it’s still a fairly decent way to purchase a used Tesla (albeit not the cheapest way).

These types of websites (Autotrader, etc.) are just bad places to find a cheap Tesla. They are littered with dealers asking too much for their Teslas, and the searching/sorting functionality is quite terrible. They’re really sites that are created for dealers selling ICE cars, and that’s about it.

Occasionally you can find a decent local deal on these types of sites, but they are generally littered with so many spam ads for fake Teslas that it’s not even worth looking. The ads aren’t curated and rely solely on community monitoring (flagging, etc.), so a lot of fake ads get through.

While most of the ads in these groups are from real users and are real cars, they don’t tend to be all that cheap in our experience. Also, probably the worst part about these sites is that you can’t effectively search and sort, so you’re often only able to see the Teslas that have the most comments (which definitely isn’t always the cheapest Tesla).

There are other “EV specific” marketplaces around the Internet, but most of them are quite terrible. They are either absurdly expensive to place ads on, have terrible searching/sorting functionality, or are cluttered with dealer ads for non-Tesla EVs.

When taking all of these factors into consideration, it’s clear that Find My Electric really is the ultimate Tesla marketplace, and the best place to find a cheap used Tesla!

The answer to this is—sort of. While it’s not common (yet, give it another year or two) to find any type of Tesla under $30,000, it does happen from time to time, and generally requires some negotiation and great timing.

That said, if you’re trying to find a Model 3 under $30,000 or a Model S under $30,000 you’re going to need to be diligent and act fact once you find a good deal. And also keep in mind that these will typically be higher mileage vehicles that may also be out of warranty (which isn’t necessarily a bad thing, but it’s something to keep in mind nonetheless).

For example, the cost of Tesla’s Full Self-Driving (FSD) package has only gone up this year and continues to rise. It was previously $6,000, then got bumped up to $8,000, and is now (at the time of writing) $10,000, and will likely continue to rise as features are added.

With that said, the overall price of Tesla vehicles has continued to drop over time (as is common with new technology). At one time, a Model S could easily be optioned to $150,000 and now the Model S Performance can be had for well under $100,000. A Model 3 Performance was nearly $70,000 at one point and is now under $55,000—so yes—Teslas do get cheaper over time, although we are likely seeing this price drop curve even out over time, which means that we probably won’t see the same big price drops in the future whether it’s 2020 or 2021.

However, Tesla vehicles will continue to improve as the range gets better, and Autopilot features also get better—effectively making the features cheaper vs. the previous price, and also making the vehicles a better value.

Will the Tesla Model 3 Get Cheaper?

The Model 3 may get slightly cheaper in the future, but it’s reaching a point now where most of the reduction in cost will come in the form of added value. For example, range will likely improve, so the cost-per-mile of range will go down, even though the overall vehicle price may not drop much.

Is There a Tesla Cheaper Than the Model 3?

As of right now, there isn’t anything that’s been release publicly, but at their Battery Day 2020 event, Tesla hinted at a Model 2 being something that’s a real possibility in the future once battery technology improves.

How to Buy the Cheapest Tesla—Wrapping It All Up

At the end of the day—it’s definitely possible to find a cheap used Tesla for sale—often times around the $30,000 mark if you’re quick on the draw and know what to look for/where to look (Find My Electric, of course!).

If you’re trying to find a good cheap used Tesla for sale, check out our used Tesla listings! And per our advice, pay close attention to the older Model S vehicles and higher mileage Model 3s if you’re looking for the cheapest prices!

And of course, if you have any questions about the Tesla buying/selling process, please feel free to reach out—we’re always here and love hearing from users!