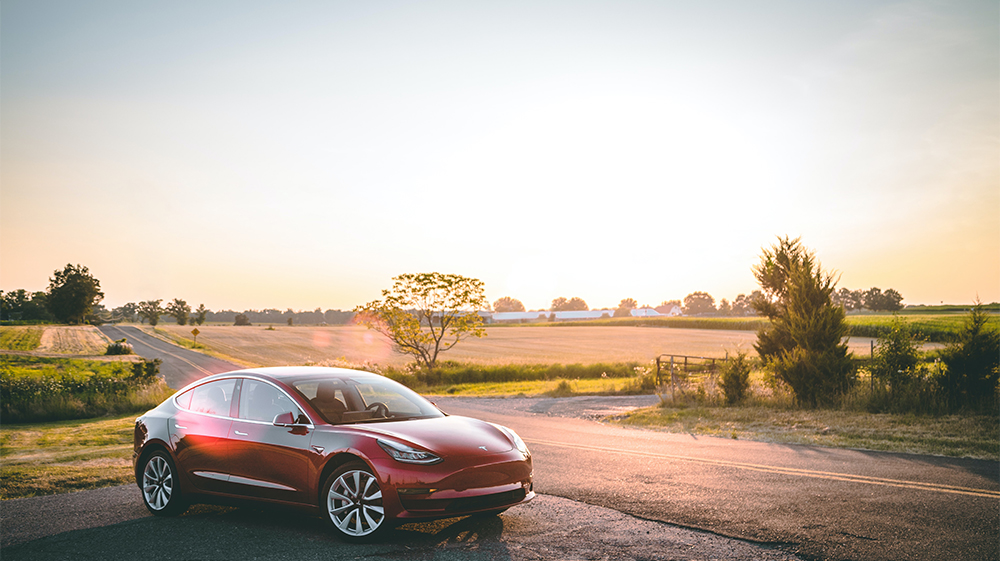 If you’re a Long Range AWD Model 3 owner, you may (or may not) be aware of the fact that as of December 2019, there’s a slick little performance upgrade available for the mere price of $2,000 called “Acceleration Boost.”

What does this do? How does it work? Is it worth it? And, are there any similar aftermarket options available? These are all important questions to ask…

In order to shed light on various Tesla features/options, we’re launching our “Tesla Features Explained” blog series where we take an in-depth look at a particular Tesla feature, and break it down on a variety of levels.

Our goal with this blog series to help potential buyers better-understand Tesla-specific features so they can make the best decision about which options might be worthwhile on a used Tesla. And of course, we’ll pack these posts full of the nerdy info that Tesla fans and current owners find interesting too.

With that said, let’s jump in!

Everyone was surprised in December when Tesla released the Acceleration Boost because it was something they didn’t pre-announce—in fact, it was actually leaked in the fine print of the Model 3 upgrade section on their website. But, by the time they had taken it down it was too late—the Tesla community was already buzzing.

Initially, Tesla claimed that the Acceleration Boost package for Dual-Motor Model 3 vehicles would reduce the 0-60 time from 4.4s to 3.9s, netting a .5s reduction in the overall 0-60 time.

While Tesla was careful not to reduce the 0-60 time too close to the Performance Model 3’s time (3.2s), this was still a pretty considerable gain.

As this upgrade rolled out an people were able to test the actual 0-60 time, and it turned out that it’s actually a little quicker than 3.9s (no surprise here as Tesla is known for over-delivering on features—something we totally love about the company).

Brooks from Drag Times tested the Acceleration Boost on multiple passes and it clocked in as low as 3.6s 0-60. Check out his testing in this video:

What’s possibly even more important is that the 1/4 time dipped into the 11s, clocking in at 11.9s at 117 MPH. Yes—that’s right—the $2,000 Acceleration Boost turned the Model 3 into an 11 second car. We’d almost call that, well—ludicrous!

And when you factor in those times compared to the stated times from Tesla, you’re getting really close to the acceleration of the Performance Model 3, making this package a seemingly great value.

But—are there any non-official options? If so, are they cheaper? And, do they void the warranty? Let’s take a look at that.

Aftermarket Acceleration Boost (Not From Tesla)—Is This a Thing?

Did you think you could only go through Tesla to get the Acceleration Boost? Think again! As it stands right now, there are a handful of aftermarket companies that offer an off-label modification package in order to get the Acceleration Boost at a cheaper price (well, not the official Boost, but a similar level of performance). Let’s take a look at those companies and packages.

Founded by Guillaume André, a Canadian Tesla mechanic, Ingenext specializes in plug-and-play modules that provide features and upgrades to Teslas.

They claim that Boost 50 provides the same extra 50 horsepower that Tesla’s acceleration upgrade does, and also includes drift mode and some other tweaks for only $1,100—clocking in at $900 cheaper than Tesla’s official upgrade (and with some added bonuses).

We’d be remiss if we didn’t find a way to mention Uncle Rich and his Electrified Garage when it comes to modifying Teslas.

And as it turns out, they’ve just released (with limited availability), a series of staged performance upgrades for Tesla Model 3s. Currently, there are two packages available—Ghost Stage 1, and Ghost Stage 2.

Ghost Stage 1 is essentially the Electrified Garage reselling Ingenext’s Boost 50 connector, while Ghost Stage 2 is a bigger upgrade. You can check out the video from Uncle Rich here:

As you can see in the video, it looks like there are definitely some additional programming tweaks (and possibly hardware) that goes into the Ghost Stage 2 upgrade. It seems that for only $2,250, you can turn your Long Range AWD Model 3 into something that looks to be even a bit faster than the Performance Model 3.

However, there are some drawbacks to Ghost Stage 2, because you lose the ability to get over the air (OTA) updates from Tesla on your own and they must be done at the Electrified Garage, which is kind of difficult if you live in a different state, but nevertheless—this looks like an interesting package and it’s cool to see some aftermarket performance options for the Model 3 finally available.

Also, there’s the question of whether or not Tesla will push back against these modifications. Technically, according to the Magnuson-Moss Warranty Act in the US, auto manufacturers aren’t allowed to void a vehicle’s warranty because aftermarket parts are installed.

However, some of these modifications may go a bit deeper and cross into some gray areas where things like voided warranties or service refusals could potentially be on the table.

How to Make Your Model 3 Faster—Other Options

Unfortunately, if you’re looking to make your Tesla Model 3 faster, there isn’t a whole lot that you can do other than the options we’ve noted in this article. There are though, a few things to consider that have been around in car modding communities for decades:

Yes, it’s kind of obvious, but reducing the overall weight of your Model 3 can make it a little bit faster. In fact, some people have completely gutted the interior of a Model S P100D in order to make it into a drag car with a moderate degree of success. So, removing the back seat and other interior pieces are one option to get that tiny extra bit of speed by reducing the overall weight of the vechicle.

When the stage of charge (SoC) is higher (rather than lower), the peak acceleration numbers are generally a little bit better for most Teslas, so if you’re looking to get the fastest 0-60 time out of your Model 3, it might be a good idea to do this when it’s fully-charged.

Warming Up the Battery

With all electric vehicles, performance and range suffer in colder weather. By warming up the vehicle before driving it, you can get a little performance boost vs. just hopping in and driving it “cold turkey.”

Putting It All Together—Is Tesla’s Model 3 Acceleration Boost Worth It?

There’s no doubt that $2,000 is a lot of money for an upgrade feature (especially one that’s software-based). So that raises the ultimate question—is it worth it?

And the answer is—that depends. Personally, we think it’s totally worth it to spend $2,000 and jump down into near-Model 3 Performance acceleration territory. And the best part is that this upgrade appears to increase throttle response and acceleration at all speed levels, not just when you’re flat-footing it from 0-60. On top of that, it’s supported by Tesla, which is always a good thing.

Now, for some people who are/were on the fence between a Performance Model 3 and a Long Range AWD Model 3, this might not be as worth it, because there are other features that come with the true Performance version like Track Mode, bigger brakes etc.

Ultimately, it really depends on your needs, budget, and other factors—but we’re definitely fans of the Acceleration Boost upgrade and think it’s a great feature to have!

Lastly, if you’re looking to get a Model 3 that has the Acceleration Boost upgrade and save some money at the same time, check out our used Tesla listings. We’ve taken the time to build a killer search function that you won’t find anywhere else, making it super easy to find the Model 3 that you’ve been looking for with all the features you want at an amazing price.