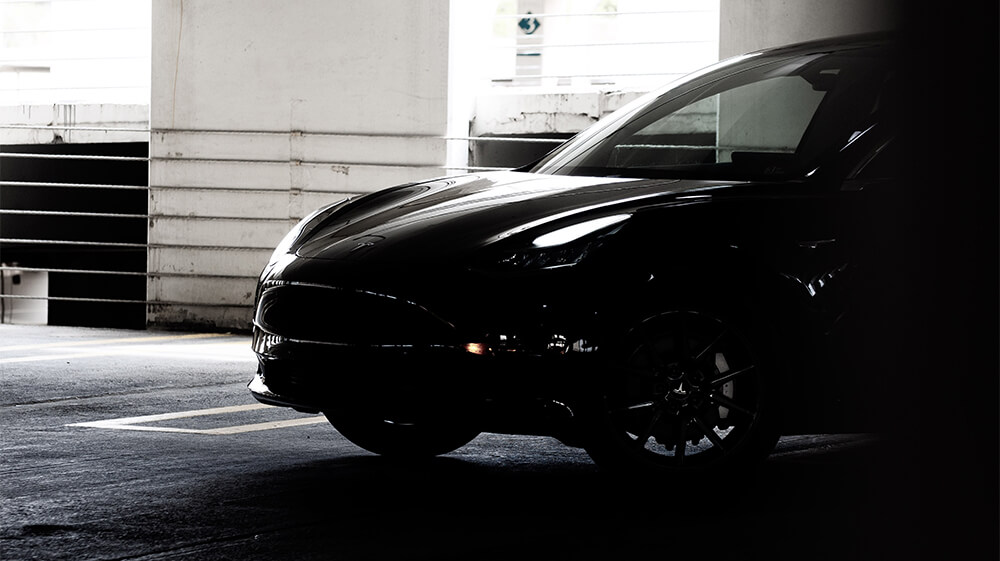 Ever since Tesla mentioned the potential for a budget EV in their lineup during Battery Day in 2020, fans and hopefuls have been waiting for news about the production of what is commonly known as the Tesla Model 2. But is there any such car in the works? Can we expect a Tesla Model 2 in 2022? What are the Tesla Model 2’s specs? When will the Tesla Model 2 be released?

In this blog post, we’ll start by covering all we know about the Model 2 and its production. Later, we’ll discuss whether or not waiting for the Tesla Model 2 is worth your time, and what other budget-friendly Tesla options are out there right now.

What We Know About the Tesla Model 2

First, let’s talk about the project’s name. Tesla has never publicly named their $25,000 car project. However, thanks to their tongue-in-cheek vehicle naming scheme “S3XY,” many enthusiasts and most in the media began calling the project the Model 2, for a possible naming scheme of “2S3XY CARS.”

In other words, the potential $25,000 Tesla EV (or the budget Tesla model) would not be called “Model 2” if/when it comes out. We still don’t know if the project has a definitive name within Tesla itself, but we do know that Tesla would rather avoid being sued by Ford over something as simple as a name. Like Model E, Model 2 is also a name Ford has used in the past.

While we recognize that Tesla doesn’t have a name for this project, we’ll be referring to the $25,000 Tesla car as the Model 2 through the rest of this article to stay consistent with common media use.

Regardless of its name, the Model 2 Tesla project seems to be on hold for now. In the same 2021 Q4 Q&A, Elon stated: “Well, we’re not currently working on a $25,000 car. At some point, we will, but we have enough on our plate right now, too much on our plate, frankly.” Current rumors say that the $25,000 project may actually already be in development in the Tesla Shanghai Gigafactory China, but publicly the project is stalled.

Update for October/November 2022: On Tesla’s recent earnings call, Elon said that he didn’t want to reveal exact dates, but that the focus of the new vehicle development team has been the third platform (which we would assume refers to “Model 2” etc.). He also said it will be “smaller, to be clear” and will probably be about the cost of the 3/Y platform. This is interesting, because it’s the first real mention of this anyone’s heard in over a year.

That said, we’ll still continue exploring potential specs and designs for the Model 2, and we’ll cover these possibilities in the next section.

First, how much is a Tesla Model 2? Well, it’s literally called the $25,000 car, giving us the obvious starting number for this Model 2 price discussion. However, a few factors may affect future Model 2 pricing. Since the project was originally introduced early in 2020, recent global shortages and rising inflation have wreaked havoc on the automotive industry and consumer prices. As a result, Tesla’s original target price of $25,000 may be a bit on the low side. For the Model 2, Tesla’s price is likely to increase, coming in closer to $35,000+ by the time it rolls off the production line (and Elon recently said that it would be the about the cost of the 3/Y platform). Although, that seems a bit odd, because wouldn’t someone just buy a 3/Y in that case? Either way, there’s still a lot of speculation out there!

With a budget pricing scheme and the body style of Tesla’s competition in the budget EV arena, the Model 2 is likely to be a scaled down version of the Model 3 (or Model Y). Possible body styles are a small hatchback sedan or compact car body with scaled-back interior features and options in comparison to the Model 3 / Model Y. As a budget Tesla hatchback, the Model 2 would directly compete with likely EV rivals in the upcoming electric Renault 4 or the VW ID.2.

The already minimalist construction of Tesla’s interiors will likely be even more stark in the Model 2, with fewer luxury-feel extras such as heated rear seats. If, as some believe, the Model 2 project and the Tesla Robotaxi are the same thing, then the interior may not even have a steering wheel or pedals (we’re not 100% convinced that they are the same, but the possibility is worth mentioning).

With regards to features, Tesla’s Model 2 should come equipped with all current hardware for Full Self-Driving (FSD), with FSD available by subscription to owners. Tesla’s FSD software is one of the major factors that the automaker banks on to market their vehicles over the competition, from the Model S down to the lower-priced Model 3, so it seems unlikely that the Model 2 would come without FSD capability (especially if it IS intended to be a Robotaxi).

The Tesla Model 2 range is expected to be around 250 to 300 miles (estimated based on Tesla’s current standards and range of potential competition). The battery tech likely in sight is an LFP (Lithium Iron Phosphate) battery, which is currently being installed in most Model 3s.

Some rumors out of China claim that the Model 2 would be powered by BYD’s Blade batteries, a new battery technology that should help ease consumer concerns about battery fires and charging. Regardless of which of the two battery technologies ends up on the Model 2, we can assume that the minimum range of the Model 2 will be at least 250 miles, with possible variants that would include a Model 2 Long Range and Model 2 Performance.

At a budget-friendly price, we should assume that Tesla will build the Model 2 with all things in moderation. And while Tesla does sporty well with all of their cars, the Model 2’s 0-60 acceleration will be slower than other Models, probably closer to 5-7 seconds. It will still have that instant Tesla torque, but less of a thrill ride feel and a bit more jostle as the suspension quality is reduced.

With specification speculation out of the way, let’s take a look at some possible timelines for the Model 2:

With the Tesla Cybertruck and Tesla Semi both still upcoming on the production line, most of Tesla’s production should be tied up for 2022-2023. Unless more evidence surfaces that the Model 2 is actually in development in Shanghai, we don’t see any reason the Model 2 will suddenly surface this year.

We likely wouldn’t see production of a small, budget Tesla until the end of 2023 or later in any case. If the Model 2 project does make it into the production queue for 2024, we don’t expect to see pre-orders for the Model 2 open until sometime next year.

Should You Wait for the Tesla Model 2?

If you’ve read this far, by now you probably know that we wouldn’t recommend waiting for the Model 2 release this year or for most of next year. In all likelihood, current global shortages will keep the Model 2 out of production in most (if not all) factories until 2023 or later.

But if you are a few years out from making your purchase, keep checking the news! The dramatic shift in EV production and consumer interest over the last year means that a lower-priced Tesla aimed at the mass market is possible, especially as shortages ease.

Right now, if you are in the market for a new budget-friendly Tesla or other EV, the Model 2 is not your best bet. And with consumer interest in EVs at an all-time high, getting your hands on a reasonably-priced Tesla in a short amount of time can be difficult. Even a new Model 3 won’t deliver for a few months (anywhere from 2-4 at the time of writing), and the price keeps going up.

That’s where we come in. While the market for used EVs is crazy right now, we often have pre-owned Model 3s in the $40,000-$45,000 range on our listings page (use the filters to search for your max price and sort by lowest price). And you can often find an older Model S for even less, though it’s definitely a good idea to do some research on the early Model S before buying. Be sure to check out our Ultimate Buyers Guide for more details on what to look for in a used Tesla.

And hey, if you aren’t set on buying a budget Tesla, be sure to check through our other EV brand listings to see if you can score a deal that fits your lifestyle and finances today!