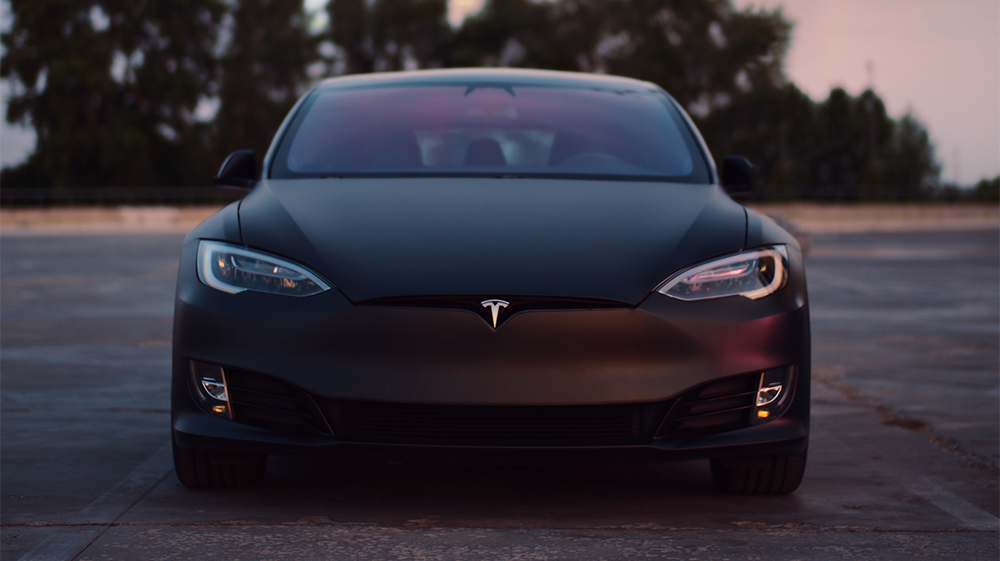 Welcome back to our Tesla Features Explained blog series! If you’ve been following along, you’ll remember that last week we explored a core portion of Tesla’s ‘Raven’ powertrain: Adaptive Suspension. In today’s post, we’re going to go a little more in depth with another core piece of Raven’s tech: the PMSR Motor.

Raven’s newly-implemented motor technology and improved air suspension increased the efficiency and range of the Model S and Model X without increasing the size of the battery pack, going along with Elon Musk’s repeated preference for a less is more approach to engineering. One of the main ways the engineers at Tesla were able to achieve this was through swapping out the front motor for a distinctly non-Tesla design. That is, the newly implemented motor wasn’t based on inventor Nikola Tesla’s AC Induction Motor.

Why would Tesla Motor Company use a different motor design than its namesake? Well, that’s because Tesla is all about efficiency and constant improvement. When the numbers say a tech change is necessary to achieve the end goals of optimized battery efficiency and best 0-60 acceleration, why be picky? We’d like to think that ol’ Nikola would approve.

Let’s walk through what a PMSR Motor is, why it might be preferable in this instance to the AC Induction motor, the PMSR Motor’s place on the Model 3 and the Model Y, and considerations for buying a pre-owned Tesla that uses the PMSR Motor technology.

First things first: for Tesla’s front motor design with the Raven powertrain (Model S and Model X), PMSR stands for Permanent Magnet Synchronous Reluctance. We thought that might help clear up the confusion that seems to be out there about the design being a switched reluctance motor. Helpful? No? Let’s go back a few steps…

Fast forward to the 2000s: we have plenty of strong magnet material and the controller ability necessary to make permanent magnet motors worth our while. In fact, Tesla is one of the very few EV manufacturers that hasn’t used a permanent magnet motor design until recently. Again, it’s a matter of what makes the most sense when all factors are considered.

However, advances in permanent magnet motor technology have allowed these designs to reach an efficiency and performance level that makes them preferable in many instances to AC induction motors. Tesla’s design for Raven’s Permanent Magnet Synchronous Reluctance Motor includes a wound stator and a rotor with embedded magnets. Thanks to the strong magnetic field produced between the stator and the magnets embedded in the rotor, the starting torque of the PMSR is even higher than the torque produced by the old AC induction motor of the same size (or an equivalent torque in an even smaller PMSR Motor package).

One efficiency flaw in the AC induction motor is that there is energy lost in the form of heat from the rotor thanks to the current induced on the rotor bars. This extra heat also causes accelerated deterioration in the bearings. Permanent magnet motors don’t need a current running through the rotor to generate an electrical field, so heat loss from the rotor is minimized and less heat is produced by the stator. Less heat means a longer bearing life. So far so good.

What about the expense trade-off? While the PMSR Motor is clearly a more efficient and lower maintenance design, those magnets aren’t cheap.  That brings us back to the motor type confusion we mentioned in the beginning of this section regarding switched reluctance and synchronous reluctance motor designs. To clear up a misunderstanding that seems to have started with Elon Musk himself, the PMSR Motor used in the Raven powertrain is a synchronous reluctance design, meaning that the rotor movement is always synchronized with the magnetic field generated by the stator. A switched reluctance motor design has magnets on the stator and on the rotor with each stator winding activated in sequence to cause rotation, and the design tends to cause quite a bit of torque ripple (remember the cogging we mentioned earlier?). The synchronous reluctance motor design provides movement in continuous sync with the magnetic field in the stator and, here’s the best part, has no extra magnets on the stator. Fewer magnets = lower cost.

Why the misunderstanding? Before the release of the Model 3 and in a response to a tweet comment from Ride the Lightning’s Ryan McCaffrey on May 19, 2018, Elon responded that the Model 3’s new motor was a “switched reluctance, partial permanent magnet” motor. This does not hold up for the design that came out of the factory on the Model 3. Tesla hasn’t made any comment on this change, but we assume that the numbers for the synchronous design worked out better in Tesla’s cost/performance/efficiency simulation than the switched design.

As a part of the Raven powertrain upgrade, the Model S and the Model X now have two different kinds of electric motors: a PMSR Motor in the front, and an AC Induction Motor in the back.

Does the Model 3/Y Have a PMSR Motor?

In its RWD form, the Model 3 uses only one PMSR Motor in the back, while the AWD has a front AC Induction motor and a back PMSR Motor.

For the Model Y, the AWD version has the same motor setup as the AWD Model 3 (a PMSR Motor in the back, an AC Induction Motor in the front). For the near future’s RWD Model Y, we’re not entirely sure which motor type will get the installation honors. However, we’re betting on the PMSR Motor. The Model Y shares about 75% of its parts with the Model 3; as the RWD Model 3 has a PMSR Motor, it’s likely that the same design will be utilized on the RWD Model Y.

Non-Raven vs. Raven Model S/X—Is It Worth it to Look for a Model S or Model X with the PMSR Motor?

Should you absolutely, definitely find yourself a pre-owned Tesla that uses PSMR technology? For the Model S and Model X, there are a few cost considerations.

First, the non-Raven Model S and Model X should come at a much lower price point. After all, the Raven powertrain is still pretty new and the tech is pricier than the old design. The older AC Induction motor is also less expensive and easier to work on than a PMSR Motor.  If there are hidden motor repairs or adjustments that need to be made to a non-Raven Model S or Model X, they are likely going to be cheaper than problems of the same magnitude involving a PMSR Motor. We’ve talked about this with Raven’s Adaptive Suspension as well; a less complicated air suspension is less costly to repair/replace than a more advanced one.

However, if you, like Tesla, are dedicated to efficiency, improvement, and top performance, then a new or used Tesla with the Raven powertrain is the way to go. With the efficiency boost from the PMSR Motor and reduced drag from the calculations and adjustments of the Adaptive Suspension, Tesla’s Raven powertrain Model S and Model X are making the best possible use of their battery packs while still slamming drivers and passengers alike back into their seats in Launch Mode. It’s the best of all worlds, really.

Simply browse our listings for your ideal used Tesla configuration and price range to see what deals are out there today. Make the search for your next pre-owned Tesla as efficient as your next ride with Find My Electric.