Can You Sell a Tesla Privately? 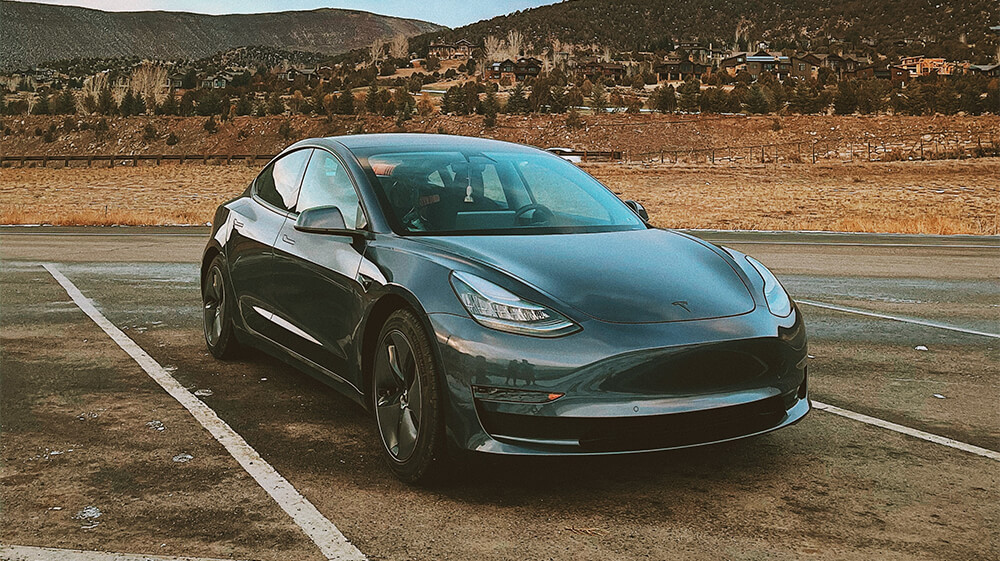 In our increasingly digital age, and with subscription-based models gaining traction in all areas, whether or not you really own your Tesla (or if you are just a user in this brave new EV world) is a question worth asking.

To help you get a clearer picture of what you own when you buy a Tesla (or when you’re looking to sell your Tesla), we’ve put together this short answer guide.  We want you to know what you do or don’t own on your Tesla, what you can expect when you try to sell, and how (and where) you can get the best return on your investment.

Before We Dive In…

First thing’s first: thanks to the current trend of EV flipping for profit, some manufacturers are making ownership complicated.

For example, GM is considering contracts for new high-demand vehicles—such as their Hummer EV—that may result in a loss of warranty if the vehicles are resold within a year.

Another automaker, Ford, has given the green light to dealerships to create customer agreements not to resell their EVs (like the F-150 Lightning or the Mustang Mach-E) within a year of purchase. While Ford doesn’t mandate that their dealerships have to do this in order to sell EVs, they have been offering some encouragement in that direction by providing Ford dealerships with suggestions for contract terms.

Is limiting the resale of a car after it’s been purchased really allowed? From the standpoint of whether or not buyers signed the paperwork when they bought their cars, yes. However, the practice is certainly not without problems, and we expect it will be seeing a lot of legal scrutiny in the near future.

Manufacturers and regulators are still scrambling to figure out how to protect both consumer and corporate rights in the current storm of shortages and high demand.

Let’s take a look at how Tesla is approaching this same situation:

Do I Own My Tesla?

With all the subscription services and talk of robotaxis that goes on around Tesla, it’s easy to see how the ownership of Tesla can be confusing. After all, didn’t Elon tell us that our Teslas might one day make us money by adding our cars to “the Tesla shared fleet” while we are at home? So who really owns the car, you or Tesla?

The answer: you own your Tesla (unless you lease it), and legally you have the ability to sell your Tesla, whether it’s to a dealership, through a private sale, or back to Tesla in a trade. So, the answer is—yes, you can sell a Tesla privately.

At the time of writing, Tesla does not require you to sign an agreement that prevents you from immediately selling your Tesla. Currently, no penalties exist for selling your Tesla within a year’s time of purchase.

What about your Tesla’s software? Do you own your Full Self-Driving package? Who owns your Free Supercharging perks?

The short answer: it depends. Ownership and transfer of Tesla’s software and perks can be a bit complicated. For more info, check out our blog posts on Full Self-Driving and transferable Free Supercharging.

Can I Sell My Tesla Back to Tesla?

One way to sell your Tesla is straight back to Tesla through a trade-in, and this is where a few people get confused. Yes, Tesla will take its cars back to resell again, but they are doing so as a buyer, not as an owner. Again, you own your Tesla.

The only way to sell a Tesla back to Tesla is when you are ready to purchase a new Tesla and want to get credit for your used Tesla at the same time. There are fewer taxes to consider during a trade-in, and the process is pretty straightforward

However, you won’t be getting top dollar for your Tesla through a Tesla trade-in. For the highest return on investment, even considering additional taxes, you can sell your Tesla to a dealership or private party.

But you can’t get the best price from just any dealership, which brings us to our next topic:

Can I Sell My Tesla to a Dealership?

Yes, you can sell your Tesla to a dealership. Confusion about whether this is possible stems from the widely publicized fact that Tesla doesn’t sell to dealerships; they only sell directly to the consumer. However, with a Tesla on the used market, a dealership is just as free to buy and resell a Tesla as a private party.

But not every dealership knows the value of an EV (or even how to keep one charged properly). For the best experience in selling your Tesla to a dealership, we recommend asking plenty of questions about how much they’ve dealt with Teslas and other EVs in the past. Or, to save yourself the trouble, you can ask for an Instant Cash Offer from our vetted and verified EV dealership network. We’ve made sure that each one understands exactly what your Tesla’s features, options, and perks are and what your Tesla is worth on the market today.

Can I Sell a Leased Tesla?

For some lease agreements, your leased Tesla could be available for purchase, allowing you to turn around and sell it. Checking into the sales agreement for your lease will let you know whether or not you can purchase and sell your leased Tesla (and with what penalties).

Lease agreements vary when it comes to purchasing your leased Tesla. Some agreements (such as a lease from Tesla on cars delivered prior to April 15th, 2022) allow you to purchase your Tesla at the end of your lease term. Others, such as leases from some EV dealerships, have a “purchase anytime” option built into your agreement.

It’s worth noting that Tesla does not allow you to purchase your leased vehicle if it was delivered after April 15th, 2022. This move is likely the result of the current EV flipping climate, as most lease agreements include a fixed pricing clause for lease buyouts.

Can I Sell My Tesla Reservation?

Simply put: no, you can’t sell your Tesla reservation or give it to someone else.

For those that want a more complicated explanation: some people have sold or traded their Tesla reservation, but it has to be done in questionable ways. Selling or trading your Tesla reservation goes against the intended use of the reservation system, and there is definitely a problem with opportunists making and selling Model 3/S reservations (or any Tesla that’s backed out on production, really) for profit.

Notably, this action is highly frowned upon by Tesla, and anyone who does this is asking for problems with Tesla down the road (or right away, as Tesla may immediately cancel the reservation when they discover the transfer). To keep the spirit and letter of the law on Tesla reservation agreements, we also don’t allow selling reservations on our site either.

Can I Sell My Tesla Privately?

Aside from typical car sales paperwork, here’s what you’ll need to do after you’ve found a buyer for your Tesla in order to transfer ownership:

How to Remove Your Personal Information From Your Tesla

You’ll want to remove your personal info and let Tesla know that you know longer own your Tesla after a sale. After all, why should your buyer have access to your music collection or your Supercharger account?

To reset your Tesla to its factory settings, go to your in-car menu and select Service -> Factory Reset.

At this point, your info should be wiped from your Tesla. Now it’s time to let Tesla know you’re no longer the owner of the Tesla.

In the web version of your Tesla account, select the Tesla you have sold and navigate to Manage Car – > Remove Car.

This action lets Tesla know you are no longer responsible for fees associated with the sold Tesla (Supercharging, subscriptions, service, etc). Your buyer should now be able to add their new ride to their own Tesla account.

So, now that we’ve explained the informational part, we want to reiterate once again—the answer is yes, you can sell your Tesla privately.

Where Can I Sell My Tesla?

Since you now know that selling a Tesla privately is doable, where should you go to find a buyer?

If you’ve made it this far in the article, congrats, since you’re already in the best place to start selling your used Tesla! You can create a listing for your Tesla right here on Find My Electric. Whether you’re selling a Model S, Model 3, Model X, or Model Y, we’ve done all the heavy lifting for you by creating the most user-friendly listing service on the web.

Best of all? You can even list for free! Create your listing and put your Tesla in front of eager buyers today!

Earlier we said you could get an Instant Cash Offer for your Tesla from our network of EV dealers, but did you know that you can create a listing AND get an offer on your Tesla at the same time?

It’s true! Same account, same info, two different ways to get top dollar for your Tesla. Register now to create the ultimate Tesla listing and get your Instant Cash Offer all in one go.