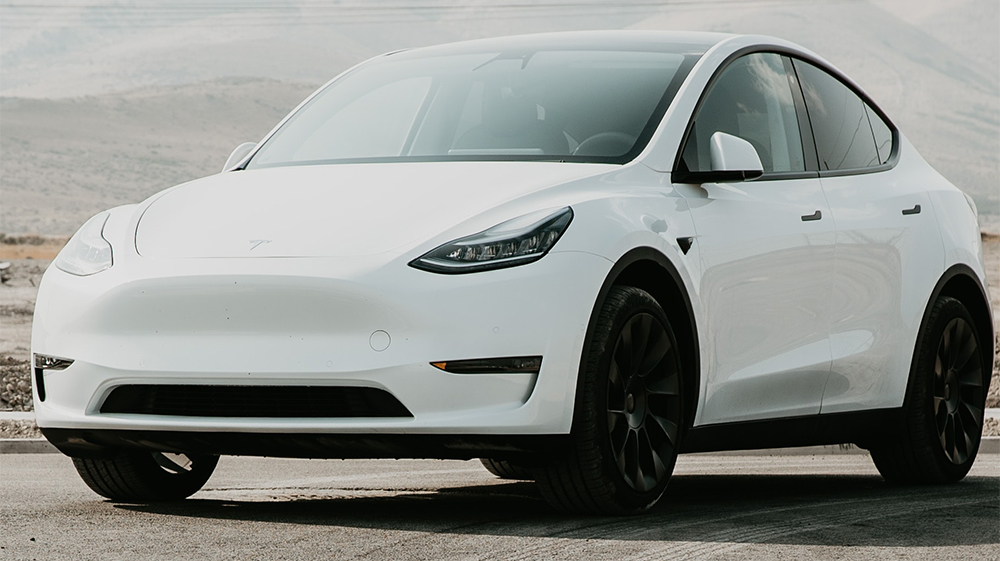 Electric vehicles (EVs) have soared in popularity throughout the past year—and it looks like that isn’t going to slow down anytime soon. At the forefront of this EV surge is Tesla—the most popular and successful electric vehicle manufacturer.

This success has lead to a ton of interest in Tesla cars and vehicles, prompting people to ask questions like “How much does a Tesla cost?” or “How much is used Tesla?”

These are great questions, and at Find My Electric we love educating prospective Tesla buyers on the market in order to help them find the best deal possible!

In this blog post, we’re going to cover both new and used Tesla prices for 2021, and also drop some knowledge on finding the best deal on a Tesla! Sound good? Alright, let’s dive in!

How Much Does a Tesla Car Cost?

The least expensive Tesla is the Model 3 Standard Range Plus which has a base price of $46,990 before options, taxes, incentives. But that price can quickly surge past $60,000 by adding upgraded wheels, Full Self-Driving ($15,000) and other interior/exterior upgrades.

If you’re thinking that these prices are a bit expensive—well, it’s true that they can be a bit on the upper end (depending upon your budget), but that doesn’t mean you can’t find a good deal on a Tesla or get into one at an affordable price point (you definitely can).

You may have also noticed that we didn’t include the Standard Range RWD Model 3 (AKA the “$35,000 Model 3”) in this general price range—and that’s because Tesla doesn’t sell it anymore (more on this later).

Now that we’ve covered the cost of new Tesla vehicles, let’s look at the prices of used Teslas…

How Much Does a Used Tesla Cost?

For example, in fall 2016 Tesla released the hardware for Autopilot 2.0 which is Full Self-Driving capable. So, vehicles manufactured after this date tend to have better resale value than those manufactured before it (although all Teslas, regardless model year hold their resale value quite well).

Generally speaking, a used Model S/X will cost more than a used Model 3/Y, with a used original Roadster price falling closer to the S/X range.

If you’re looking for the cheapest used Tesla, you’ll want to search for a pre-owned Model 3 or an older (2012-2014) Model S as they typically represent the lowest-priced vehicles in the Tesla world.

If you want a Tesla under $30,000, you’re almost exclusively looking at an older Model S with over 100,000 miles at this point (although that will likely change in the future as used Model 3 prices drop).

To look at even more specific pricing, let’s jump into the following sections and break down Tesla vehicle prices by model (S, 3, X, Y and more).

How Much Does a Tesla Model S Cost (New & Used)?

Alternatively, for 2021 used Tesla Model S prices range in cost from $30,000 – $140,000. This spread has an approximate 5-10% variance on either end depending upon some outliers, but generally speaking it’s pretty accurate in our opinion.

The base price of the cheapest Model 3 (the Standard Range Plus) is $46,990, followed by the Long Range AWD (which is not currently available to order, but was in the mid-$50k range), and the Performance AWD at $62,990.

At this point, it’s still quite hard to find a used Tesla Model 3 for under $30,000, so don’t hold your breath just yet! But, it’s likely that will change as time goes on and more used Model 3 cars become available with higher mileage from the first few production years (2017 – 2019).

And unfortunately, Tesla no long manufactures the Standard Range Model 3 with a base price of $35,000 (as mentioned earlier on this post), so it’s not likely there will be many of these on the used Tesla market in the future.

If you’re looking to add up the true cost of a Model 3 (currently Tesla’s cheapest vehicle), Ben Sullins (formerly Teslanomics) has a great breakdown here:

On the low end of the used Model X range, you’re likely looking at a 2016 60D or 70D with higher miles, and on the high end you’re probably talking about a newer (2020 etc.) Performance Model X with Full Self-Driving (FSD). All of the other model years fall somewhere between those two points.

How Much Does a Tesla Model Y Cost (New & Used)?

In terms of the new vehicles available at specific price points, the Long Range AWD Model Y costs $65,990, and the Model Y Performance AWD costs $69,990. Options such as upgraded paint colors and Autopilot software like Full Self-Driving (FSD) can add to the total cost as well.

Used Model Y prices in 2021 range from $40,000 – $69,000 depending upon mileage, condition, and other options. Because the Model Y is relatively new, the used market isn’t as saturated as the Model S, for example, which limits the options that buyers have and keeps prices a bit higher.

How Much Does a Tesla Cybertruck Cost (New/Used)?

Because the Cybertruck hasn’t been produced yet, we have no way of knowing what used prices will be, but if we had to make a guess based on other used Tesla prices, we’d estimate the price range of a used Cybertruck ranging in cost from $35,000 – $65,000 depending on options, condition, and other specifics, but could be a decent amount higher.

How Much Is a Tesla Semi Truck? (New/Pre-Owned)?

Used Tesla Semi prices aren’t available yet because the Semi has not yet been produced, but we estimate it will range in cost from $135,000 – $190,000 depending upon mileage, condition, options, and other factors.

How Much Does a Tesla Roadster Cost (New & Used)?

Used Tesla Roadsters range in model year from 2008 – 2012 and generally range in cost from $74,000 – $330,000 depending upon condition, mileage, and other factors (and there are some outliers in the million dollar range as well).

As new Tesla Roadsters are manufactured and enter the marketplace, these prices will change, but for now this is the price range that applies.

Tesla Roadsters in this model year range (2008 – 2012) are quite rare and highly sought after as the production numbers are quite low, so you can expect to pay a premium to own a drivable piece of Tesla history!

Unfortunately for Tesla, the federal tax incentives in the US have expired because they’ve produced too many vehicles over the threshold limit, but there are still a variety of local incentives that you can get depending upon what state you’re in.

Tesla keeps a great log of these incentives on their page here: https://www.tesla.com/support/incentives

Currently, the best incentives are given by California ($5,000) and Vermont ($5,000), although there are a variety of conditions that must be met in order to qualify for these.

Many other states have incentives in the $1,500 – $2,500 range, so if you’re purchasing new, it’s definitely worth taking a look at various incentives that might be available.

That said, these incentives only apply to new vehicles, so if you’re looking for a used Tesla, you’re out of luck there incentive-wise. But—the savings that you get from buying a used Tesla can often be greater than the price of an incentive, so that’s definitely worth considering!

Additionally, there are new EV incentives on the horizon as of January 1, 2023 which bring back the $7,500 credit for new EVs and a $4,000 credit for used EVs (which have a lot of rules and criteria that must be met for each).

OK, I’m Thinking of Buying Used to Save Some Money—Where’s the Best Place to Find a Used Tesla for Sale?

On Find My Electric, of course! We’ve worked incredibly hard to create the ultimate marketplace for used Tesla vehicles!

You can search/sort by Tesla-specific models, colors (including discontinued colors like Obsidian Black Metallic), Autopilot version, and much, much more!

Check out our used Tesla listings and get started finding the low-cost, used Tesla that you’ve been dreaming of! And if you’re looking to sell your Tesla, we can help with that too!