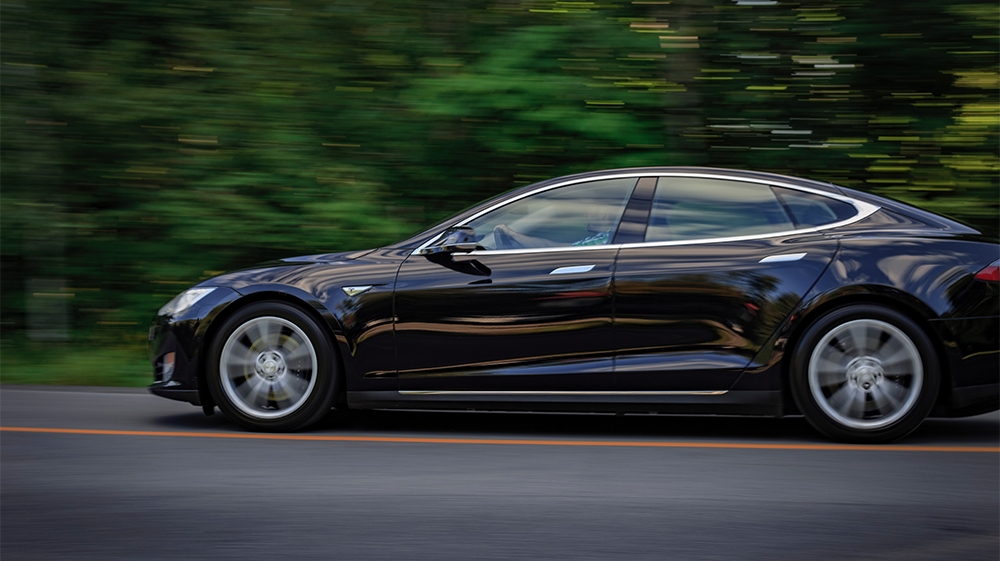 Last week on our Tesla Features Explained blog series we ran through the ins and outs of Tesla’s Smart Air Suspension. This week, we’ll focus on the replacement tech that Tesla has developed as a part of their Raven upgrade: the Adaptive Suspension.

Alongside the PMSR motor and other drivetrain upgrades, the Adaptive Suspension is part of the next generation of technology that Tesla has developed to increase efficiency and improve ride quality on the Model S and Model X. New control settings for Standard and Sport modes allow the driver to adjust the suspension for a smoother or more “road aware” driving feel. Originally a move away from the control structure of the older Smart Air Suspension, the Adaptive Suspension is raised and lowered based on preference selections in the control panel (Never, Always, or Highway) rather than through ride height by increments.

These options have changed somewhat through over-the-air updates thanks to feedback from customers (more on those in a minute), but overall the driving idea behind Tesla’s Adaptive Suspension is their future goal of fully self-driven vehicles. With the settings controlled mainly through software and not through manual adjustments, the Raven Adaptive Suspension provides rapid adaptations to damping and levelling via sensor-driven predictive programming. The Adaptive Suspension tech gets us one step closer to full autonomy while our car does all the road-tripping work for us (we can’t be the only ones who’ve dreamt about this, right?).

While the Raven Adaptive Suspension was developed specifically for the Model S and X and released in 2019, it was only available on the Performance and Long Range trim lines as a standard feature.

Let’s take a more in-depth look at the Raven Adaptive Suspension’s functions and how they compare to Tesla’s previous Smart Air Suspension, Raven’s future on the Model 3 and Model Y, and what to consider when shopping for a used Tesla with an air suspension.

Why Tesla’s Adaptive Suspension is Awesome

We’ve seen a lot of vibration analysis charts comparing the action of the old coil spring suspension and the Smart Air Suspension on the Model S, and while the difference in ride quality is notable at certain speeds, the two aren’t vastly different. However, the new Raven Adaptive Suspension has them both beat in terms of ride comfort, with road analysis and cushioning adjustments that make potholes practically disappear. Gains in efficiency at highway speeds come from the automatic lowering of the suspension at a pre-set speed to reduce drag, and Tesla has been constantly refining this feature to get height and levelling of the suspension to best suit the driving conditions.

Coupled with Tesla’s over-the-air updates, the future of this system should be one of constant improvement. One of the most helpful updates so far is the visualization of the Adaptive Suspension’s compression and rebound right on the instrument cluster. Drivers can see a graphic of their vehicle’s air suspension adjustments in real time with data readouts on the Touchscreen Control Panel.

So how does the Raven Adaptive Suspension compare to previous iterations of Model X and Model S suspension? Smart Air Suspension, the suspension technology previously available as standard on the Model X and on various years and trims of the Model S, allowed specific driver control over the ride height of the vehicle. The ability to take charge of the height of the vehicle was one of the big selling points of the system, and many drivers enjoyed their control of the suspension height for known problem stretches of road or for better performance on the highway. Like the Adaptive Suspension, Smart Air Suspension did change height automatically based on GPS location and speed, but, unlike its Raven counterpart, it did so without much road-sensing damping (YouTuber Black Tesla does a great job of showcasing this in the video below).

All those new settings can get a little overwhelming, so those who just want to enjoy the amazing ride can just let the Adaptive Suspension do its job without fiddling with the adjustments. For the rest of us, though, the Advanced Settings are an entirely new playground to explore. Did we mention the touchscreen data readouts already? Amazing tech—right?!.

Will the Model 3 or Model Y Get the Raven Upgrade?

Due to cost considerations, the Model 3 and the Model Y won’t be getting Raven’s Adaptive Suspension upgrade. While the Model 3 was the pioneer of a portion of the new Raven technology, allowing Tesla to test out their PMSR motor design before adding it to the Model S and Model X, neither the Model 3 nor the Model Y are set up for the rest of the upgraded drivetrain and tech.

As these two are the economy vehicles in Tesla’s fleet (until the rumored Model 2 is release, of course), it looks like coil spring technology is here to stay for now, but that’s not necessarily a bad thing. The general cost of maintenance and repair on a coil spring suspension is far lower than on an air suspension like the Raven Adaptive Suspension. Cheaper repair costs are especially helpful for buyers considering a used Tesla, and hidden suspension issues could be far less of a financial headache to sort out on a Model 3 or Model Y than they would be on a Model S or Model X with the Raven Adaptive Suspension. Issues with coil spring suspensions tend to be easier to diagnose, too.

Also a plus: many drivers prefer the connection to the road that they get through a coil spring suspension (as stated earlier, though, the Adaptive Suspension’s Sport setting for the Model S and Model X does a pretty good job providing this experience). While the ride is definitely not as smooth, it does allow drivers to get their own physical feedback on conditions, grip, and so on. The loss of the ability to have adjustments to the height of the vehicle on the fly is balanced with the assurance of knowledge of what road clearance the car has at all times…because it hasn’t changed at all.

Is the New Model S/X Adaptive Suspension Worth It?

With money as no object, we’d give the Adaptive Suspension option an unequivocal yes. For budgeting considerations, there are a few things to keep in mind. First, as the newest tech, finding a Model S or Model X with Raven’s Adaptive Suspension is going to be the costliest option. The offset here is that, since the tech is new, it is also more likely to be in better condition. While an older Model S or Model X with Smart Air Suspension should come in at a lower price point, it may also be a minefield of unexpected expenses if there are repair issues with the suspension (air suspension in general is infamous for expensive repair jobs).

On the Model S, finding an older model with coil spring suspension can help mitigate hidden repair cost issues (as can a good pre-purchase inspection), but at the expense of the future-forward autonomous driving updates that make Tesla’s driving experience so much fun (we’d like to keep dreaming of being transported across the country while binge-watching The Mandalorian, thanks).

Ready to scout the market for a pre-owned Tesla with the new Raven Adaptive Air suspension? While many websites are oblivious to the difference in Tesla’s suspension systems, we know a Raven Adaptive Suspension when we see one. Check out our used Tesla listing features to filter by pretty much anything specific to Tesla: Suspension Type, Battery Size, Autopilot Hardware, Interior Color…the list goes on! Browse our used Tesla listings today to get started!