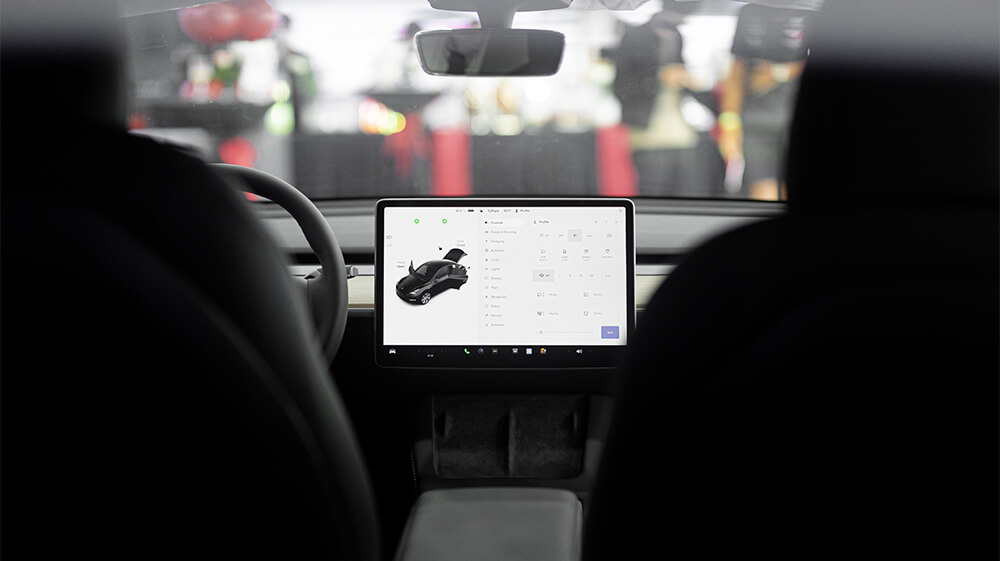 Earlier this spring, Elon Musk announced that Tesla’s Full Self-Driving (FSD) Beta program will be available to “all full self-driving customers in North America this year.” Are you ready to be part of this great experiment?

In this post, we’ll talk about what Tesla FSD Beta is and how to join the Tesla FSD Beta tester program. Then, we’ll discuss how to stay in the Beta program or how to opt out, and where you can go to find a used Tesla that’s FSD Beta compatible.

What is the FSD Beta?

At the most basic level, FSD Beta is the live-testing phase of the newest additions to Tesla’s Full Self-Driving software. Currently, the non-Beta version of FSD is composed of several autonomous driving functions, but FSD does not complete a full trip on its own. The programs currently in Beta are the next step in making safe, fully-autonomous Tesla drives possible in the future.

We think it’s important to note here that neither FSD nor FSD Beta is currently capable of driving safely without human supervision and occasional intervention. Tesla very specifically states that both standard Autopilot functions and Full Self-Driving “require active driver supervision and do not make the vehicle autonomous.” While the future intent is for Teslas to drive without need for intervention and active human monitoring, FSD and FSD Beta are not there yet.

Functions that are available for FSD Beta testing:

For these last two functions (Traffic and Stop Sign Control and Autosteer on City Streets), Tesla opened its Beta test version for use by Tesla customers who meet certain safety and monitoring requirements. Anyone who owns Full Self-Driving in full or by subscription on an eligible Tesla can apply, but only those who have met the current standard for driver safety are able to download the FSD Beta software.

In this section, we’re going to take a quick dive into FSD Beta software releases: If version histories aren’t your thing, feel free to skip ahead to the next section: “How to Get FSD Beta.”

The following is a short summary of Tesla’s FSD Beta rollout from FSD Beta v9 to FSD Beta v10.69:

Though the Beta test pool may be open to all FSD users later this year, the current requirements for the Beta test include getting a 95-100 Safety Score over a monitoring period of seven days (though some owners have reported getting in to the program with a score of 91-93). We’ll talk about the safety score in more detail in the following section. For now, it’s important to note that while the driver requirements for downloading Beta may change, the Safety Score monitoring system will likely affect your continued access to the program.

For FSD Beta testing, drivers should be aware that qualifying and continuing as a tester does require driving cautiously and, often, slowly. If you like driving your Tesla based on how it corners, accelerates, and stops on a dime, Beta testing might not be for you.

On the other hand, if you typically drive very conservatively and love the idea of contributing data to improve FSD, Beta testing may be a great new way to enjoy your Tesla.

With that out of the way, let’s talk about how you can actually join the Full Self-Driving Beta Test pool.

How To Get FSD Beta: Tesla’s FSD Beta Button and Your Tesla Safety Score

As of September 2, 2022, over 100,000 Tesla drivers have enrolled in the FSD Beta test program and have contributed over 35 million miles of FSD-activated driving time. If you want to get Tesla FSD Beta, you’ll need to meet all Beta tester requirements. Here’s a breakdown of the the process:

While it can be fairly easy to avoid negative scoring on some of these factors (Forced Autopilot disengagement, for instance), others require a bit more attention, especially if you tend to be a fairly assertive driver.

Driving to avoid Hard Braking and Aggressive Turning in particular can be difficult to adjust to if you trust your Tesla’s exceptional cornering and braking capabilities. However, simply easing into turns and using regenerative braking whenever possible will help you improve both scores.

Once you get Beta, how do you keep it? We’ll address using (or losing) Beta in the next two sections.

How to Keep Participating in FSD Beta

While the Safety Score is currently unavailable to FSD Beta users once they join the test pool, Tesla still tracks your scores on the Five Safety factors and may use them to boot you from the program.

But what’s the biggest issue that gets drivers removed from FSD Beta?

In a word, inattention.

Tesla currently allows only 5 Forced Autopilot Disengagements before your access to the Beta software is disabled. It still takes real effort (actual inattention) on your part to have this happen, as the program does offer escalating audio and visual attentiveness alerts.

Driving with FSD Beta active should be done with the mindset that your Tesla will make a mistake and you should be ready when that happens. With that in mind, here are some of the best Full Self-Driving practices to help keep you participating in FSD Beta:

Briefly, keep your eyes on the road and your hands on the wheel. As a Beta tester, you are still responsible if your Tesla causes a traffic incident. While being a part of this great experiment may be awesomely entertaining, the stakes are high.

How to Opt Out of FSD Beta

For some Tesla owners, participating in the Beta test causes more stress than enjoyment. Situations with phantom braking, irritation from passengers, and nervousness about the perception of local law enforcement and other drivers when Beta makes mistakes have caused a few owners to ask if they can opt out of FSD Beta altogether.

If you’ve found yourself in the uncomfortable situation of needing to opt out of Tesla’s FSD Beta program, you have two choices: either disable the Beta features in your Autopilot settings or email Tesla and request removal from the program (though we’ve heard that response time may vary).

We absolutely do NOT recommend getting your 5 Forced Autopilot Disengagement strikes on purpose just to remove yourself from the Beta tester pool. That action may create unpleasant consequences for your future access to FSD features.

Looking for a used Tesla so you can sign up for FSD Beta? You can FSD Beta compatible Teslas right here in our listings!

The easiest way is to search all listings and filter for Tesla’s with FSD included. FSD is typically transferable in private sales, so you can often get your hands on fully-purchased FSD at a discount through our listings.

A second way: search our listings for a Tesla with Autopilot hardware 3.0 (yep, we’ve got filters for that, too!) and either purchase a subscription to FSD from Tesla or go all-out and purchase FSD in full yourself.

Either way, good luck on your quest to experience FSD Beta and the future of Tesla software!