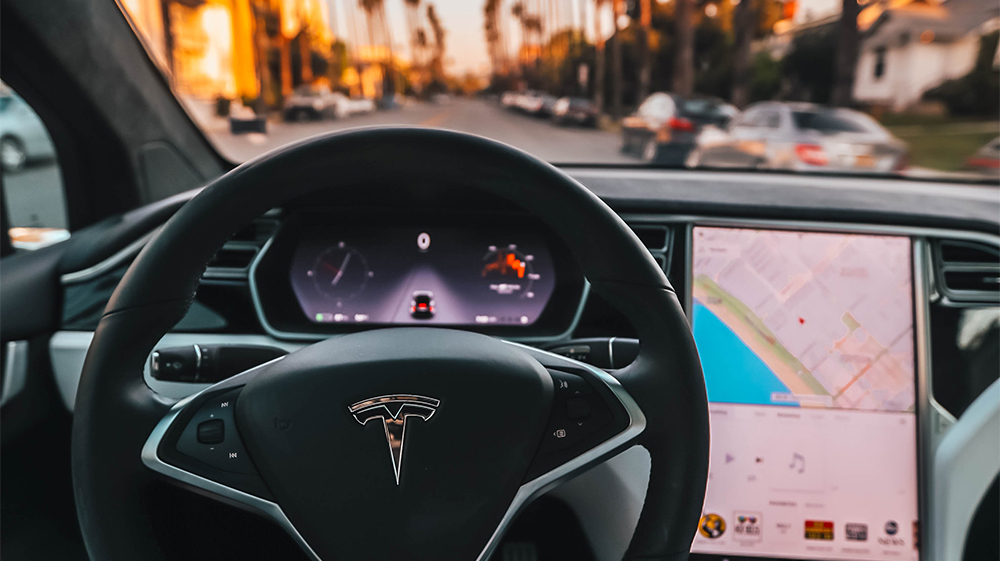 During our Tesla Features Explained blog series, we’ve explored different vehicle features that Tesla has offered on their fleet. However, instead of a feature, today’s installment of the series will focus on a commonly-discussed problem: the MCU1 eMMC failure. This issue affects older Model S and Model X vehicles, and it can be a factor in your search for a pre-owned Tesla.

So, what is an MCU or an eMMC? Why is there a problem?

We’ll look at the difference between Tesla’s two MCUs for the Model S and Model X, what the Tesla eMMC failure is and what problems it causes (and what to do about it!), how much a replacement MCU1 costs, and what the MCU1 eMMC issue can mean for buyers of an older used Model S and Model X.

First, MCU stands for Media Control Unit. Essentially, it’s the main touchscreen display unit in a Tesla. The MCU controls the non-essential functions of the car, such as navigation maps, HVAC, and entertainment. Without the MCU, a Tesla is technically still operable, but not optimally.

Tesla has used two different Media Control Units across their fleet. The MCU1, Tesla’s original (and pre-Autopilot) MCU, contained an 8G NVIDIA Tegra 3 infotainment processor and was present on all Teslas from 2012 to early 2018. The MCU1 was only used with the Model S and Model X.

After February 28th, 2018, Tesla no longer used the MCU1 design and switched production to the MCU2. The MCU2 contains a 64G Intel Atom E8000 processor. Faster loading time, video streaming capabilities (hello Netflix and Hulu!), and the Tesla Arcade all came with the upgraded equipment. As an all around improvement for functionality and connectivity, the MCU2 design is currently used on the Model S, Model X, Model 3, and Model Y.

Next, we’re going to dive into the big reason the MCU1 on the Model S and Model X can be a problem: the failure of the eMMC.

Now for the eMMC: the embedded Multi-Media-Chip. Basically, the eMMC we’re talking about is the flash memory of the MCU1, and it has a history of known failure for Tesla. The eMMC fails when there are too many read/write cycles for the chip to handle (the chip in the MCU1 is rated for 3000 cycles) and segments of memory start to degrade.

When the eMMC experiences complete failure, it takes the MCU’s functionality down with it. If you are driving when this occurs, all essential features should remain accessible (gas, brake, steering, blinkers, headlights, etc). You won’t be able to access your Tesla with your phone and may lose all the MCU’s data (which is the biggest reason to fix the eMMC before it breaks entirely). Without the MCU, you may also lose your ability to charge your Tesla.

To mitigate concerns about eMMC failure, Tesla has pushed updates that ensure when the eMMC fails that the temperature in the cabin is set to 72ºF, the rear camera shows up on the screen, and defogging is functional if it was already activated. In the past, Tesla has also reduced MCU upgrade prices and extended the warranty of the MCU1 eMMC from 4 to 8 years. However, because the issue received enough complaints and detracts so much from the functionality of the car, Tesla finally issued a recall on every Model S and Model X with an MCU1. They now replace the MCU1 eMMC 8G chip with an enhanced 64G chip that should last at least 8 times longer.

Not every Model S or Model X with the MCU1 has experienced issues…yet. While an 8G eMMC may still be well within its usable lifespan, data logging in a Tesla has increased over the years and the 8G chip was not built to handle it for an extended period of time (or even for as little as 4 years under average driving behavior). For instance, while the chip may currently be functioning normally with the amount of data that a low-mileage driver logs, it will eventually fail, and data shows that it typically does so before the 8 year warranty on eMMC runs out. As Tesla has finally issued a recall on the MCU1 eMMC, it is certainly within the best interests of every Tesla owner with an MCU1 to make a service appointment for the eMMC upgrade.

How Can You Tell Which MCU You Have?

You can check to see if your Model S or Model X has MCU1 in a few different ways. First, if you have a Tesla that was manufactured in March of 2018 or later, you have MCU2. Some older Teslas have already received an MCU upgrade, so here are a few ways to tell if your Tesla has MCU1 or MCU2 :

Additionally, if your Tesla has Netflix, Hulu, Tesla Arcade, or Tesla Theater, you have MCU2.

How do you know if your eMMC is about to fail?

As memory segments in the eMMC start to fail, the MCU will tend to function erratically. Some symptoms of worsening eMMC issues (and sometimes imminent eMMC failure) include:

Fun fact: the incidence of Tesla’s MCU1 eMMC failure during updates has led many people to believe that update code has killed their MCU. In fact, this generally has nothing to do with the updated code; the eMMC itself has simply reached the end of its read/write lifespan and cannot write or read the update data.

If you are experiencing any of the issues in the list above, a little troubleshooting can go a long way.

Updates that address Tesla’s eMMC issue have included notifications for a failing MCU1. If you receive one of these notifications, it is in your best interests to schedule a visit to the Service Center as soon as possible. While the list for 8G eMMC replacements is long thanks to the recall, a logged issue with a failing eMMC should get you bumped further up the line for replacement.

One of the remedies offered by Tesla for the eMMC issue was a full MCU1 infotainment upgrade to the MCU2. The more powerful Media Control Unit is far less likely to experience eMMC failure thanks to a much larger flash memory chip and other improvements. Tesla currently offers the upgrade for $1,500, but previous prices were as high as $2,500 (or higher, depending on the additional installation of XM Radio and further purchase of Premium Connectivity).

Unfortunately, even though the eMMC issue is now remedied by recall through a replacement of the just the chip, owners who solved their eMMC issue by upgrading to the MCU2 will not be getting any refunds.

However, if only the chip in the MCU1 was replaced and for some reason the vehicle was out of warranty before the recall was issued, Tesla does offer a refund (somewhere in the realm of $400-$500) for only that repair/replacement.

Tesla MCU1 and Used Vehicles—Is This a Consideration?

If you are considering purchasing a Model S or Model X manufactured prior to 2018, we recommend asking the seller a few questions about their experiences with rebooting, connectivity issues, or slow loading times, and that they verify which MCU the vehicle currently has and if the eMMC has already been replaced. The eMMC issue can affect your experience in purchasing a used Tesla since it means you are already potentially committed to a visit to the Service Center.

It’s also a good idea to get the vehicle’s VIN number and plug it into Tesla’s VIN Recall Search. This tool returns information on open recalls for each vehicle, and gives an extended breakdown of information about the eMMC recall if your VIN is from an affected vehicle.

Interestingly, Tesla does occasionally sell Used Inventory vehicles with an open recall (they say that it is the owner’s responsibility to address the issue, even though they cover the costs), so it’s always worth taking the VIN they provide on their listings to check.

Our listings on Find My Electric also include each vehicle’s VIN, so you can check for the eMMC recall or any other recall issues that affect the vehicle you are considering for purchase. You can also use our sorting feature by year to ensure that you are looking at the pre-owned Model S or Model X vehicles most likely to have either MCU1 (pre-2018) or MCU2 (post-2018).

We’d like to mention that vehicles with an MCU1 are also the most likely to have transferable Free Unlimited Supercharging, so an MCU1 vehicle with an open recall shouldn’t be automatically disqualified from your search.

Now that you know enough about the eMMC issue to make a more informed choice when buying a used Tesla, are you ready to start looking for your next ride? Check out our used Model S and Model X listings to see what’s available today! Or—if you’re trying to sell your Tesla (with MCU 1 or MCU 2)—we’ve got you covered there too!